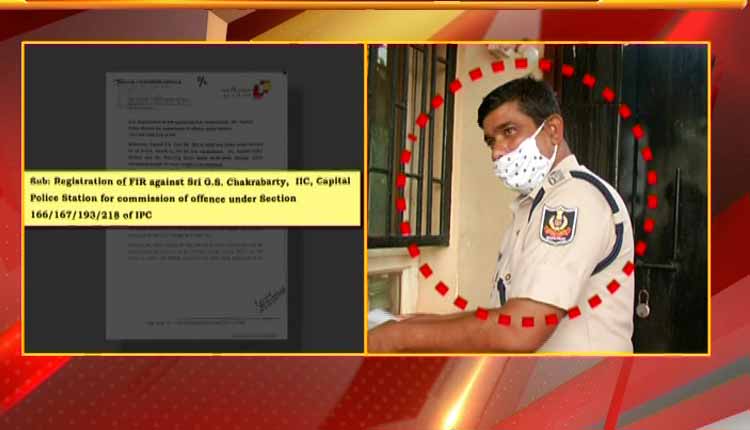 Bhubaneswar: With the viral audio on COVID-19 mismanagement snowballing into a major row, Odisha Television Ltd (OTV) on Monday lodged a complaint against Girija Chakrabarty, Inspector-In-Charge of Capital Police Station for violating law.

In its appeal to the Bhubaneswar DCP, OTV has sought registration of a case against the inspector under Indian Penal Code (IPC) sections 166, 167, 193 and 218.

The television channel highlighted that the IIC of the Capital Police Station served a notice at the dead of the night and no time was given to respond which is a clear violation of the directions of Punjab and Haryana High Courts.

The concerned IIC of the Capital Police Station did not even accept the documents sought by the police from OTV’s Public Relations Officer (PRO).

As per law, police is bound to accept the documents which were earlier sought and by not accepting the necessary documents in the case, the IIC violated his own order which is a violation of IPC section 166. Such conduct of the IIC officer has not only caused immense trauma to the recipient of the notice but also amounts to cognizable offence, said legal experts.

Help Reaches Odisha Girl With Cancer Who Secured 80% In Matric