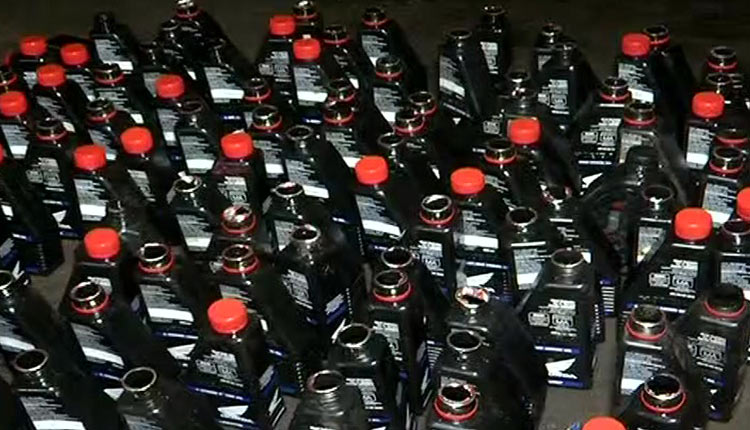 Bhubaneswar: The Commissionerate Police on Tuesday evening busted a fake lubricant (engine oil) manufacturing unit near Chakeisiani under Mancheswar Police limits in Bhubaneswar and nabbed three persons in this connection.

Acting on a tip off, a team of Commissionerate Police raided the area and apprehended the three persons.

Police seized more than 60 barrels of 200 litres capacity each containing kerosene, over 20 barrels of used engine oil and 11 barrels of transformer oil. The cops also found one note counting machine, one laptop and two calculators during raid at the manufacturing unit.

Preliminary investigation revealed that the unit used to procure expired automobile lubricants, produce duplicate engine oils and sell it in market by branding it with the labels of top companies, police sources said.

“We used to unload barrels containing used engine oil, kerosene and other lubricants. We are working here since the last one month,” said one of the employees of the unit.