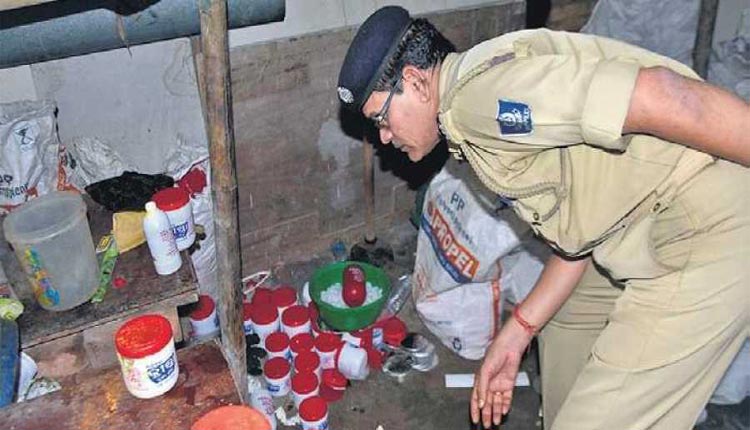 Cuttack: Continuing the present crackdown against manufacturers of adulterated food and beverages, the Commissionerate Police busted a fake ghee manufacturing factory at Baurasahi under Choudwar  police limits on Monday.

Acting on a tip off, the police today raided the fake desi ghee manufacturing unit at ward number 9 of the millennium city. All the adulterated items found during the raid at the factory have been confiscated.

Further investigation in this case is underway.

Two days prior to this, a ‘duplicate’ honey packaging unit at Ranihat Canal Road in Cuttack had been raided. One person involved in the racket was nabbed by the police. The person had also been manufacturing fake Gangajal and Gulabjal since the last five years and sold those to vendors in the city.

Cuttack DCP Pratik Singh and his team has been conducting raid on all the factories without a Food Standard Authority permit to put a check on the city’s increasing food adulteration units.

Read related to this: