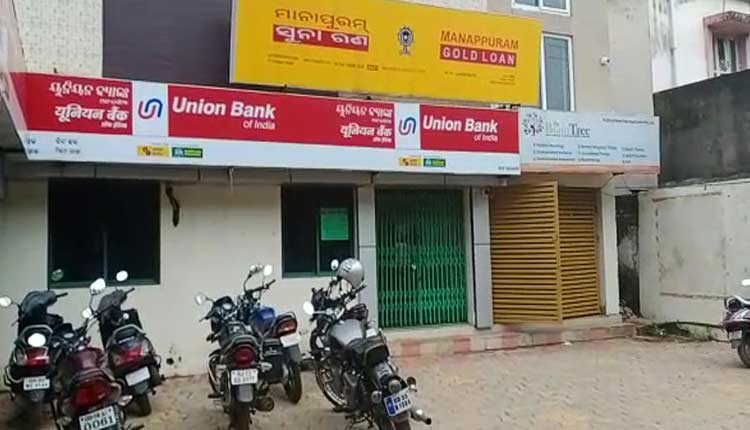 Bhubaneswar: Continuing its investigation into the alleged Rs 32 crore-fraud in the Punjab National Bank Branch in Bhubaneswar, the Central Bureau of Investigation (CBI) on Tuesday seized Rs 38 lakh from the locker of one Kaushik Mohanty, the then director of Global Trading Solutions Ltd.

A CBI team led by ACB Bhubaneswar conducted a physical verification of the locker of Mohanty at Corporation Bank’s (now Union Bank of India) KIIT Square Branch in Patia and detected cash to the tune of Rs 37.90 lakh. Further proceedings as per law are being initiated, CBI sources said.

It is pertinent to mention here that CBI had recently registered a case against nine persons including officials of Punjab National Bank’s branch in Bhubaneswar, along with the management team of private firm Global Trading Solutions Ltd and others in connection with a fraud amounting to Rs 31.92 crore (approx).

Besides, a case under sections 120-B, 420 of IPC and Sec. 13 (2), 13(1)(d) of PC Act has also been registered against M/s Global Trading Solutions Ltd(Bhubaneswar) and its Managing Director Abinash Mohanty and ex-directors, Kaushik Mohanty, Anshuman Samantaray and Bidhubhusan Nayak.

The case was registered based on allegations that PNB officials entered into a conspiracy with the Bhubaneswar-based private firm through its said Director(s) in the matter relating to fraud perpetrated in processing, sanctioning and disbursing CC facility, bill discounting and issuing Letters of Credit to said private firm during 2010-15.

The private firm illegally diverted the funds received from the bank to its sister/ group companies and misutilised the same beyond the scope of funds sanctioned. It was also alleged that the bank officials did not verify the genuineness of the business activities of said private company/firm for which losses to the tune of Rs. 31.92 crore (approx.) was suffered by Punjab National Bank, CBI had earlier said in a statement.