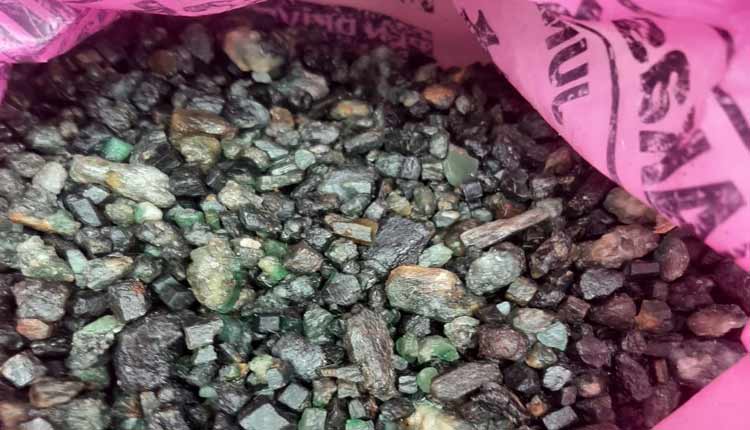 All the gemstones were recovered from the house of Sujit Meher, who has been arrested on the charges of illegal possession of the precious gemstones.

“Acting on a tip-off, we had conducted a raid on Sujit Meher’s house and found four gunny bags full of gemstones -Ruby and Panna (Emerald)  weighing 302.18 kg,” said STF SP, Prashant Bhoi.
Bhoi further stated that a detailed investigation will be carried out as the involvement of a racket is suspecting behind such illegal theft and smuggling of minerals.

From per preliminary probe, it is suspected that the accused Sujit Meher was working a trader-cum-agent. “We are trying to ascertain from where the accused procured the gemstones,” said Bhoi.

Bhoi further informed that precious gemstones were being detected from Kalahandi some 10 to 15 years back. At present, our senior officials are at the spot and further investigation is this connection is on, he added.