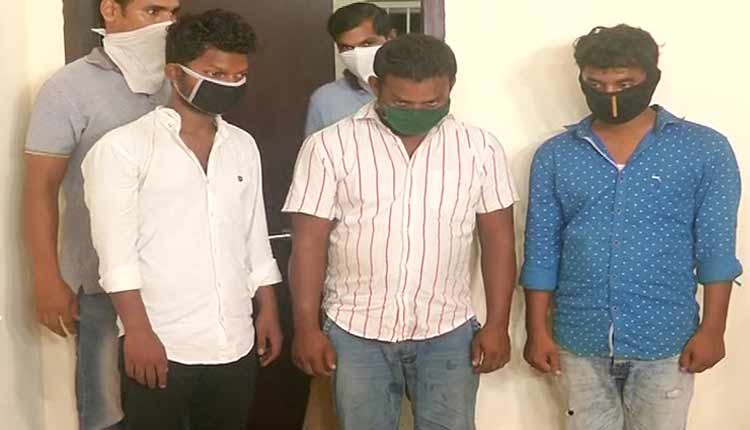 Three peddlers- Debasish Behera, SK Kausar Ali and Prabir Kumar Singh have been arrested by STF in connection with the incident. All the accused hail from Balasore district and were desperate to offload the drugs amid intensified patrolling during COVID-19 lockdown, sources said.

Earlier in March, the Crime Branch STF had seized over two kilograms of brown sugar worth around Rs 2.70 crore following raids in Balasore.

Addressing a presser, Police DG Abhay informed that it is a record seizure of drugs. So far in 2020, the STF has seized over 12 kgs of brown sugar and registered 19 cases in this connection, he said adding that a total of 39 peddlers been arrested in the State.

“The total seizure of drugs by STF in 2020 so far is more than the cumulative total seized by other agencies of Odisha Police in the last six years,” said Abhay.

Earlier in February this year, the Special Task Force (STF) had arrested two persons involved in narcotics trade and seized 405 grams of brown sugar, estimated to be around Rs 40 lakh, from their possession.

In another incident, Commissionerate Police arrested two persons and recovered 706 grams of brown sugar from their possession. The accused were arrested following a joint raid by the Quick Action Team (QAT) and Jatni Police near Info-valley road at Bada Raghunathpur in Bhubaneswar.

Our #DrugTaskForce has seized 706 Gms of Brown Sugar(market value Rs. 70.6 lakh), Cash of Rs.1820/-, 3 cell phones, a car & a scooty with arrest of two culprits under @JatniPs. Thanks to Addl.CP Sanjay Ku Singh & Team for the achievement. Our Drive #NoToDrugs will be persistent. pic.twitter.com/3iRUDWvSbq

Speaking on rising drug trade, former DGP Sanjeev Marik said, “As the movement of people from West Bengal to Bhubaneswar is frequent, it is easy for them to smuggle the narcotics to the city.”

Former excise commissioner Sudarshan Nayak said, “Brown sugar is smuggled to India from countries like Nepal, Myanmar and Pakistan and supplied to various parts of the country.”

ALSO READ: Brown Sugar Worth Over Rs 2 Crore Seized By STF In Odisha