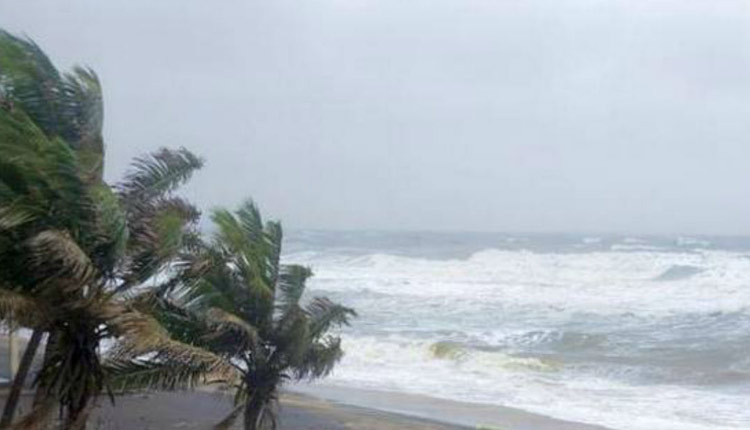 Bhubaneswar: A well-marked low-pressure area over the north Bay of Bengal has resulted in heavy to very heavy rainfall in some parts of Odisha. The rainfall activity is expected to continue in many areas including the rainfall-deficit areas in coastal Odisha in the next two to three days.

Weather expert, Umashankar Das said, “A cyclonic storm has also formed above the Bay of Bengal that stretches to 7.6 Kms above mean sea level. Coupled with the low-pressure area, it has the potential to cause heavy downpour in many areas.”

As per the Regional Meteorological Centre in Bhubaneswar, the districts of Balasore, Bhadrak, Mayurbhanj, Boudh, Dhenkanal, Kalahandi, Bolangir, Sonepur, Sambalpur, Deogarh and Cuttack could very likely witness heavy rainfall activity from Tuesday onwards and it can extend till Friday.

It has also issued an orange warning for Keonjhar, Jajpur, Mayurbhanj, Balasore, Bhadrak, Dhenkanal and Sambalpur till 8:30 AM on Wednesday as heavy to very rainfall is anticipated in these areas.

Looking at the possibility of rough sea conditions owing to the 40-50 kmph wind speed in north and west-central Bay of Bengal, the weatherman has prohibited the fishermen from venturing into the sea till August 6.

Meanwhile, commenting on the rain deficit status in the State, Director of Regional Meteorological Centre in Bhubaneswar, HR Biswas said, “Puri, Khurda, Jajpur and Kendrapara have recorded a deficit rainfall of 40% or more. The district of Puri alone has had about 52% deficit in rainfall till Monday, but with a good precipitation in the last 24 hours the deficit has come down to 40%,” added Biswas.

The rainfall activity is likely to decrease on August 6 and 7 before picking up again from August 8 onwards.

As far as the Twin cities are concerned, there are chances of a few spells of light to moderate rainfall including one or two intense spells of rain, informed Biswas.