Odisha Patient Carried On Cot Due To Bad Roads, Dies On Way To Hospital 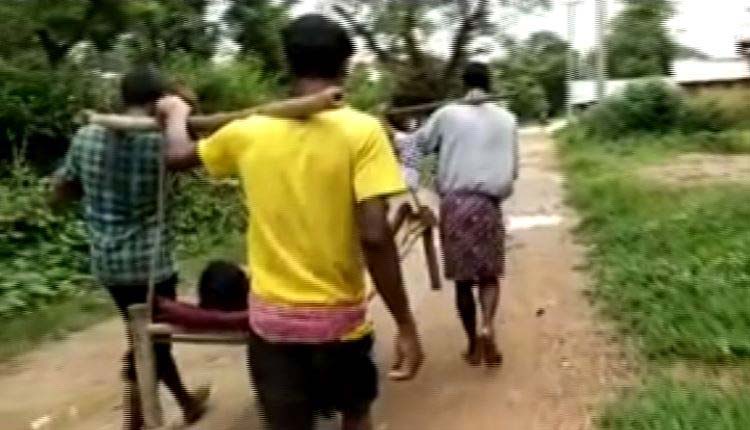 Bargarh: Absence of motorable roads in the interior pockets of Odisha continues to haunt people, at times to the extent of putting their lives at stake. In one such case, a man of Kantatela village under Bugbuga pachayat in Bargarh district died on his way to hospital allegedly after ambulance failed to reach him on time due to poor road connectivity. The deceased has been identified as Senapati Jhankara.

According to sources, Jhankara’s relatives called up an ambulance after his health condition deteriorated on Friday.

However, the ambulance had to stop midway due to non-motorable road connecting the village and Patrapalli and eventually the vehicle couldn’t reach the patient.

With no options left, the family members along with some villagers carried the patient on a cot for more than one and half kilometres to reach the ambulance. Despite all efforts, Jhankar died on way while being taken to the hospital, villagers said.