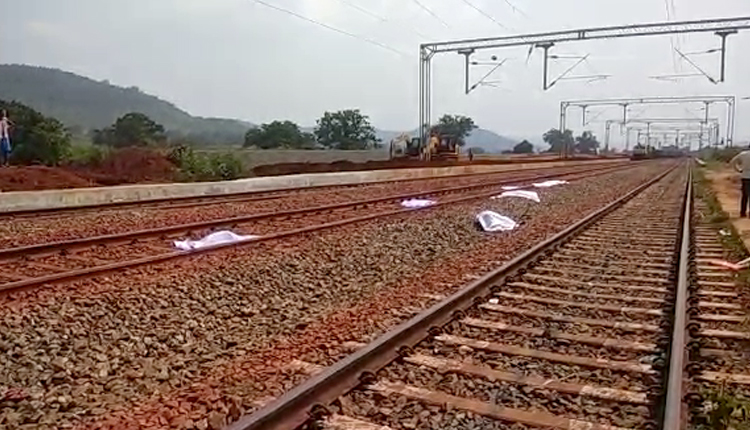 Koraput: Mutilated bodies of three members of a family, including the father, son and daughter were found on railway tracks near Singaram station under Laxmipur police station limits in Koraput district on Monday morning.

The deceased three have been identified as Kesaba Subudhi (38), a resident of Podapadi village under Tikiri police limits in Rayagada district and his minor daughter Bhagyalaxmi (12) and son Soham (7).

Government Railway Police (GRP) and local Laxmipur police officials have initiated an investigation into the incident after reaching the spot.

Police said that probe will reveal whether they have committed suicide or met with a mishap after slipping from a train. However, the exact reason behind the death of the trio will be known after detailed probe.