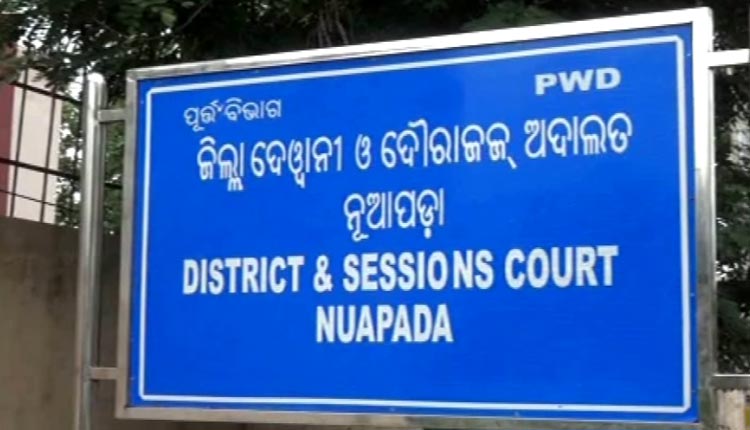 Nuapada: A special POCSO court in Nuapada district has sentenced a man to 20 years of rigorous imprisonment on charges of raping a minor girl in 2018. Besides, the convict has also been slapped a fine of Rs 15000. In case of default or non-payment, he will have to serve an additional jail term, sources said.

According to the case report, 24-year-old Duryodhan Majhi of Chanamunda village under Lakhana police limits of the district allegedly raped a minor girl of the village on the pretext of dropping her at a relative’s place from her father’s house. Taking advantage of the situation, as planned by Majhi, he took her to a secluded place in the nearby forests and allegedly raped her.

A case was registered in this connection on December 28, 2018, at the Nuapada police station. Based on the allegations of the minor’s family members, the then IIC Bibekananda Mahanta took charge of the investigation and following a probe arrested Majhi in this connection.

The POCSO court pronounced the judgment on Wednesday after cross-examining witnesses and verifying some documents, sources said.

A few months back, special POCSO court had awarded a 20-year jail term to a man, and slapped a penalty of Rs 25,000 in connection with the abduction and rape of a minor girl in Simulia area of Balasore in August 2017.

In another historic judgement by the ADJ Court in Keonjhar, one Sunil Nayak who was accused in the rape and murder of a 3-year-old girl in Keonjhar was awarded death penalty in December last year. The ADJ court pronounced the sentence under the POCSO Act based on statements of 28 witnesses.

More Than 50 Monkeys Poisoned To Death In Telangana, Found Stuffed In Gunny Bags