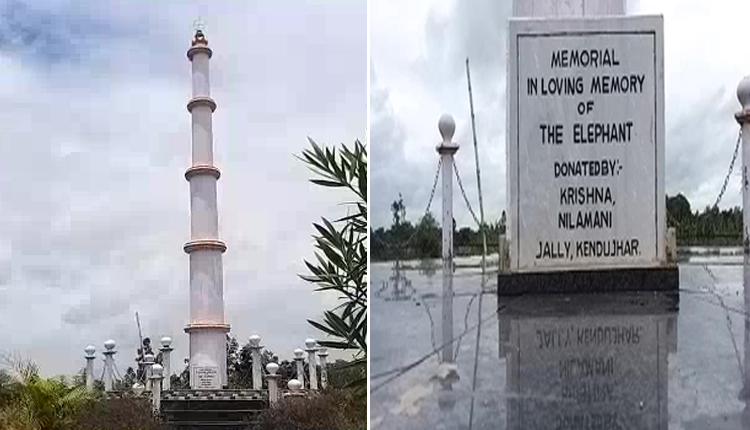 Keonjhar: Even as there are numerous human-elephant conflicts resulting in damage of houses, crops and loss of lives, an incident depicting the mutual veneration these two living beings share has changed the perspective to a great extent.

The State has lost so many elephants to electrocution, poaching or accidents, but there is hardly any instance where either people or the government have built structures dedicated to these wild creatures.

In a heartening gesture, one Krushna Chandra Naik of Keonjhar district in Odisha has erected a 35-ft monument (locally addressed as ‘Haathi Minar’) in the memory of a tusker at the same farmland where it had succumbed a decade ago. Reason, it was his mother’s last wish. 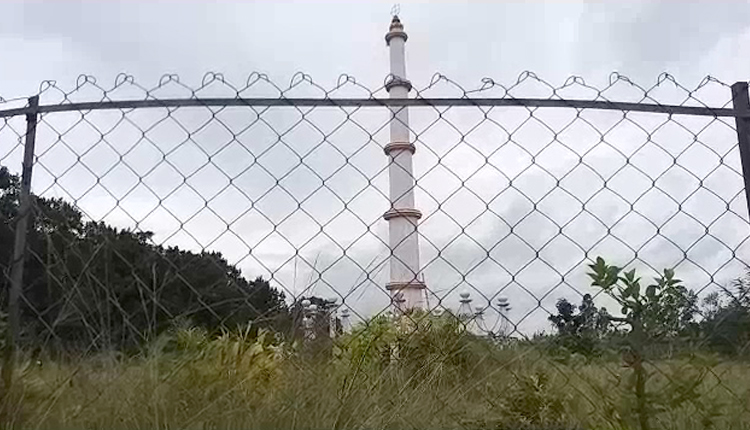 It all happened on November 7, 2009, when the elephant from nearby Jyotipur reserve forest entered the paddy fields near Jali village under Champua block in Keonjhar district, unaware of the sagging high-voltage electric cables.

As soon as the tusker lifted its trunk to make way through the high intensity cables into the paddy fields of Padmini Naik (Krushna’s mother), the gigantic creature was electrocuted and died in a fraction of seconds.

Shocked over the incident, Padmini asked her son Krushna to build a memorial at the spot where the animal succumbed.

“My mother was deeply hurt and she could not eat anything for next couple of days. She had asked me to build a memorial for the elephant in our field and it was her last wish,” said Krushna Chandra Naik who is a retired Odia teacher.

Though Padmini died two years after the incident, Naik did not fail to fulfil his mother’s last wish and erected a structure in memory of the elephant.

“The aim behind the Haathi Minar is to create awareness among the people to also prioritise safety of elephants,” added Naik.

“A herd of elephants had come to the village to munch the ripening paddy but one of them died after suffering an electric shock from the cables installed to guard the crops. Padmini wanted to build a memorial as a tribute to the animal. Accordingly, her son fulfilled the wish and erected the Haathi Minar,” a local Parshuram Singh said.

It almost took 8 years for Naik to complete the construction work. The elephant memorial (Haathi Minar) was thrown open to public on January 14, 2019 and since then it has gained popularity as a regional tourist destination. Locals too have lauded the initiative and believe the memorial would encourage all to protect wildlife.

“We are pleased to have the memorial in our village. The structure will ideally convey the message of wildlife protection,” said sarpanch Tulasi Ballav Singh.