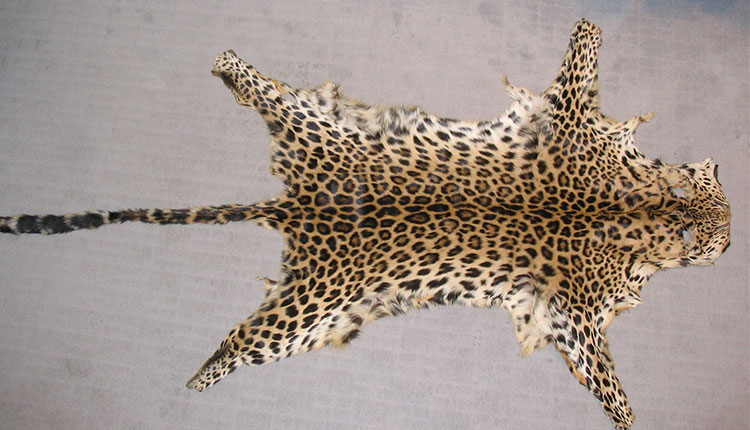 Baripada: Officials from the forest department on Tuesday seized a leopard skin and detained five persons in connection with the seizure in Mayurbhanj district.

As per preliminary reports, all the five accused were picked by the forest department officials near close to Katas village near the NH-49, which falls under the Bisoyi range.

It is pertinent to mention here that there has been a spurt in the smuggling of wild animals and hides with seizures reported from different parts of the State at regular intervals. It is suspected that the poaching of wild animals increased on account of the COVID-19 induced lockdown.

On October 13, the Special Task Force (STF) of Crime Branch had arrested a smuggler and recovered a leopard skin from his possession near Sambalpur-Sonepur border.