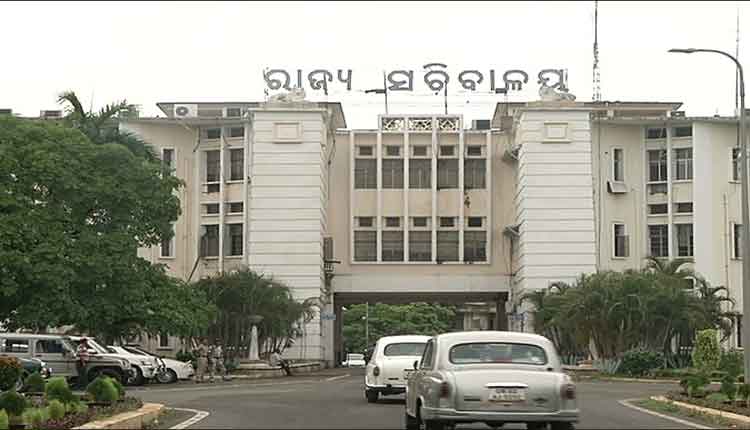 Bhubaneswar: The Odisha government has approved a proposal to repromulgate an ordinance on agricultural produce and livestock marketing to attract private investors in the segment. Such a move of the ruling BJD is a shift from its earlier position to oppose the farm sector reforms introduced by the Centre.

The Agricultural Produce and Livestock Marketing (Promotion and Facilitation) Ordinance was first promulgated on May 13 and is about to lapse soon, Chief Secretary A K Tripathy said.

The government had initially planned to pass the ordinance in the monsoon session of the state Assembly but shelved the idea, amid stiff opposition against the agricultural reforms introduced by the Centre, a BJD leader said on condition of anonymity.
“The proposal to repromulgate the ordinance was approved at the cabinet meeting chaired by Chief Minister Naveen Patnaik on Thursday. Now, the government is planning to pass it in the upcoming winter session starting from November 20,” he said on Friday.

The ruling BJD had opposed the ‘The Farmers’ Produce Trade and Commerce (Promotion and Facilitation) Bill’ and ‘The Farmers (Empowerment and Protection) Agreement on Price Assurance and Farm Services Bill’, in parliament.

The state’s new ordinance will allow the private entities to invest in the marketing of agricultural produce, the chief secretary said.

“The Odisha Agricultural Produce Markets Act, 1956 has been amended from time to time, but it is found that the objective was not fully achieved. Agricultural marketing in Odisha still suffers from poor infrastructure and operational inefficiency,” he said.

He also said the OAPM Act prevents private investors to pump in money in agricultural marketing.

The existing regulatory framework does not support the free flow of agricultural produce and the direct interface between farmers and the processors or exporters, he said.

“To provide a level playing field to sellers and buyers to conclude their transactions transparently, there is an urgent need to revisit the existing law,” the chief secretary said.

The new ordinance, drafted in accordance with the central law, will create a conducive environment for agricultural marketing, which help farmers realise better remuneration, he added.