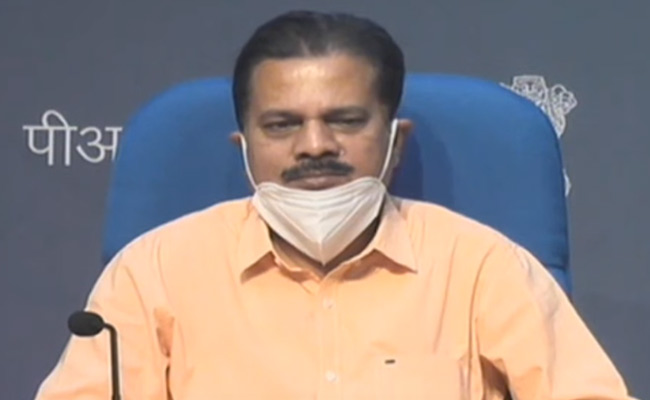 Bhubaneswar: The Odisha government on Thursday showered praises on the India Meteorological Department (IMD), saying weather forecast is getting better with time, a day after cyclone ‘Amphan’ rolled past its coast causing minimal damage in the state. The government thanked IMD’s Director General Mrutyunjay Mohapatra for accurate predictions.

The IMD’s predictions on the cyclone’s trajectory, wind speed as well as its character in sea and impact were “to the point” and “accurate” which helped the state in making required preparation to face the calamity, Odisha’s Chief Secretary A K Tripathy said.

Stating that accurate forecast of the natural calamity is a great weapon to contain the damage to life and property, Tripathy said, “The IMD is valuable in this area and its forecast is getting better with time.”

“We thank Mohapatra, the DG, and everyone in this valuable national body,” Tripathy told PTI.

“I especially thank Mrutyunjay Mohapatra who time and again re-assured us to have complete faith in his prediction and forecast on cyclone ‘Amphan’,” he said.

Noting that the Odisha administration was on its toes after getting information that a super cyclone was being formed in the Bay of Bengal, Jena said, “It was a sleepless night on Tuesday for all of us. Though IMD had given a clear picture, still we were apprehensive.”

The SRC said he along with many others worked overnight monitoring the cyclone, which had gradually weakened into an extremely severe cyclonic storm in the sea.

However, everyone was anxious about its movement and apprehensive whether the system would tilt towards the Odisha coast, he said.

“My apprehensions were compounded when I received several telephone calls from different people that the cyclone may take a turn towards the Odisha coast instead of moving ahead on the trajectory shown by the IMD,” he said.

Jena said he got anxious after Rohit Shukla, IMD’s Radar Centre in-charge at Paradip, told him that the system was taking a turn.

“This information actually disturbed me further. The picture of the 1999 super cyclone came to my mind. Unable to resist my fear, I called up Mohapatra thrice between 3 am and 5 am on Wednesday morning to further verify whether the system will not change its path. He (Mohapatra) told me not to worry, the system will move exactly the path drawn by the IMD,” Jena said.

Mohapatra assured the state government that the cyclone might tilt further into the sea and not towards the Odisha coast.

“Finally, I stopped thinking in a negative way when Mohapatra said that the IMD has a special relationship with the Bay of Bengal and is well acquainted with its nature and character in the sea,” Jena said.

After the cyclone went past several coastal districts, Jena said, “We found that IMD’s prediction was not only accurate, but exact. The impact was felt in specific blocks of certain districts as told by Mohapatra.”

Happy over the IMD’s model, SRC Jena said that Mohapatra, also referred as the “cyclone man” of India, had made accurate predictions on ferocious cyclonic storms like Fani in 2019 and Phailin in 2013.

The IMD had informed the state government that the wind speed at Paradip and Dhamara coast would be at around 135 kmph, he said.

“We were prepared for the wind speed of 140 kmph. But actually it was within 110 kmph, which was a great relief for all of us, Jena said. Mohapatra, who hails from Odisha’s cyclone-prone Bhadrak district, said the models used by the IMD were more accurate than others.

“We had already predicted about the cyclone on May 13 and it took exactly the same trajectory and path as forecast by the IMD,” he told PTI.

The India Meteorological Department used all the latest information available to give an accurate prediction on cyclone Amphan, Director General Mrutunjay Mohapatra said on Thursday.

He said the IMD gave accurate forecast on the cyclone’s track, its intensity, storm surge, landfall time and weather associated with it.

Mohapatra said the extremely severe cyclonic storm weakened and moved to Bangladesh at 11:30 p.m. on Wednesday.

There is currently no impact of the cyclone in West Bengal and it will help the rescue and relief work, he said.

The cyclone has now weakened into a deep depression, Mohapatra added.

Apart from Mohapatra, NDRF DG S N Pradhan also swung into action as teams of the disaster response force were sent to Odisha and West Bengal for rescue and restoration operation.

Situation in #Odisha under control and all 20 teams deployed in the State are also engaged in restoration work: @NDRFHQ DG, SN Pradhan on #CycloneAmphan impact pic.twitter.com/k3DYdMYCap

The SRC also thanked H R Biswas, the director of the Meteorological Centre in Bhubaneswar.

Biswas is an eminent weather scientist and an expert in predicting volume of rainfall during cyclones.

Amphan had intensified into a super cyclonic storm, but weakened marginally before battering West Bengal on Wednesday. At least 12 people were killed and thousands were left homeless in the fiercest cyclone to hit West Bengal in 100 years. It also wreaked havoc in Odisha damaging power and telecom infrastructure in several coastal districts.

COVID-19 Recoveries Near 400 Mark In Odisha