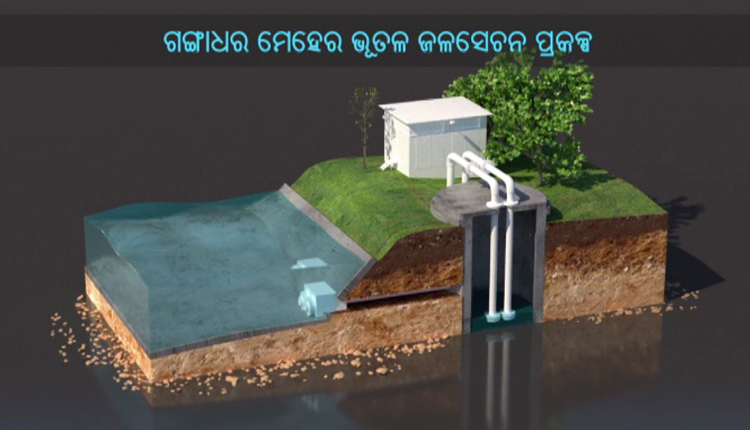 Bhubaneswar/ Bargarh: The design of the much awaited Gangadhar Meher Lift Irrigation Project has been changed. The State Cabinet headed by Chief Minister Naveen Patnaik has approved the new blueprint of the project on Wednesday.

As per the revised outline, the project will draw water from zero point of Hirakud Dam. The water will be delivered to the command areas from the secondary storage structure- intake well, through an underground pipe system. There is a provision of installation of automated micro irrigation system in 30% command area of the project.

Earlier, the old design was planned to draw water through underground pipe system from Turunga Canal in the outskirts of Bargarh.

“The expert committee reviewed the project and plans have been made to revamp the project. As per the new configuration, water will be withdrawn from zero point of Hirakud through undergoing pipe system. The new design will ensure the agricultural land in the low lying areas of the canal get the irrigation facility,” informed MP Prasanna Acharya after the Cabinet meeting on Wednesday.

Around Rs 1138.63 crore will be spent for Gangadhar Meher Lift Irrigation Project which will provide irrigation facilities to hectares of agricultural land in Bargarh and Sonepur districts.

Labour Minister Susanta Singh stated, “The Gangadhar Meher Lift Irrigation Project will cater the irrigation needs of Sohela, Bijepur and Barpali blocks in Bargarh district and some areas of Dunguripali block in Sonepur district. The tender process is over and the concerned company has been directed to complete the project within two and half years, as per guidelines.”

Meanwhile, BJP MLA Pradip Purohit criticised the state government for failing to complete the project despite giving nod for it twice earlier and questioned on the new design of the irrigation system.

“The estimated cost of the project was kept at Rs. 1340.55 crores last year and this year, it was decreased to Rs 1139 crore. This is an attempt to fool the people of Odisha and gain vote bank,” he added.