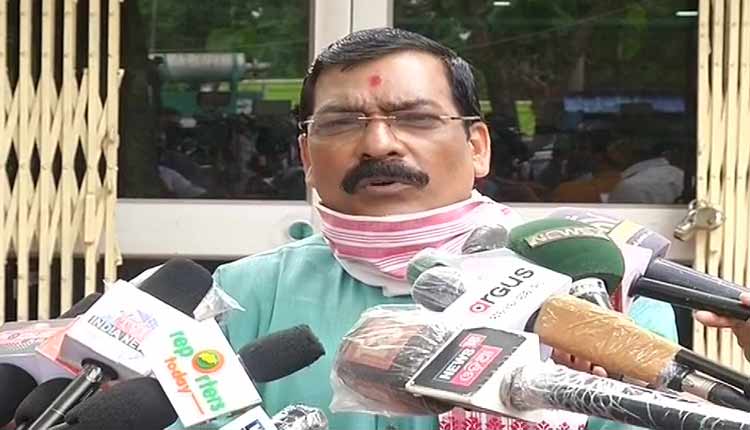 Bhubaneswar: The recent announcement of Odisha government to freeze creation of new posts has not gone down well with the Opposition parties who slammed such austerity measures. The Bharatiya Janata Party (BJP) on Thursday took a jibe at the Biju Janata Dal (BJD)-led Odisha government by asking has the State government generated enough employment so as to curtail it now.

BJP general secretary Golak Mohapatra said, “Nearly 35 lakh unemployed had registered themselves for jobs in the last 20 years. Out of which only 35,000 persons have got jobs, which is a mere 1.1 percent.”

Mohapatra further questioned, “If there is no recruitment in the field of education then how the nation and state will function. Apart from the education sector, there are a number of vacancies in several other important offices including the MSME department. How will the industries survive? The State government is trying to shrug off its responsibility by expressing helplessness due to COVID-19. The youths are unemployed and the State government is betraying them.”

“In view of economic situation due to COVID-19, the State government announced that there will be no new post creation. But in the recent past, 10 senior officers have been reappointed and out of them 9 have been re-attached to the Chief Minister’s Office.”

Patnaik further stated that the State government is re-appointing retired civil servants but claiming that it cannot afford to create jobs for unemployed youths.

#Odisha govt reappointing retired civil servants but claiming that it cannot afford to create jobs for unemployed youths due to Covid. As many as 10 officers were posted including 9 in CM’s office alone: OPCC president Niranjan Pattnaik launches sharp criticism against State govt pic.twitter.com/yoTBAckiAf

No comments could be obtained from the concerned State government officials in this regard.

Odisha government recently had announced several austerity measures including a complete ban on creation of new posts except for the Health and Family Welfare department. Moreover, the Finance department later issued a clarification stating that there is no ban on the ongoing recruitment process in the State.