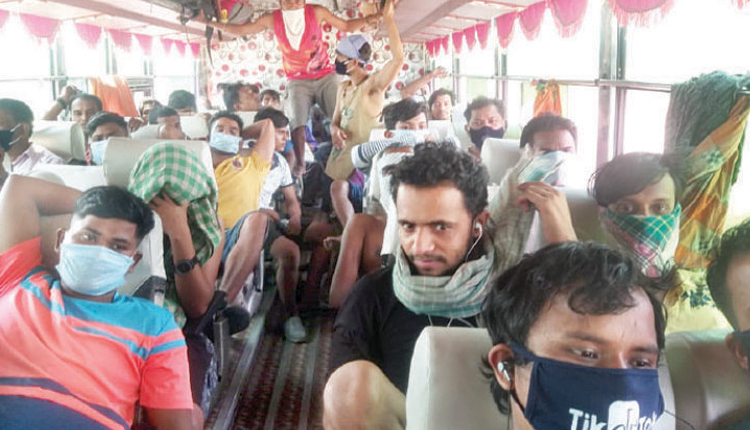 Jajpur: Despite State government’s tall claims of providing employment to scores of people who returned to Odisha from other States due to the pandemic lockdown, a whopping 74,000 construction workers in Jajpur district are reportedly yet to receive the assistance announced by the government.

Keeping the pandemic in view, the Odisha government, in April, had announced to provide Rs 1,500 assistance to each construction workers in the State. But it is being alleged that even after three months, many are deprived of the benefit.

According to sources, as many as 1.34 lakh construction workers in the district have enrolled themselves under the scheme. However, only 60,000 of them have received assistance. The remaining 74,000 workers reportedly did not receive the aid as they failed to renew their registration certificates.

“COVID-19 has made our life very miserable. With no income, we are struggling for our survival,” said Sridhar Pradhan, a construction worker.

The construction workers have demanded to provide aid to the remaining workers and increase the assistance amount.

Commenting on the development Chitta Ranjan Rout, assistant district labour officer, Jajpur said, the assistance to the labourers are being paid in a phased manner. The process has been initiated to provide assistance to those who are left out.

“We have received a list which has names of 60,000 beneficiaries. Of these, around 38,000 construction workers have received the assistance. Those, who have mistakes in their registration certificates, can apply at block offices following which we will initiate the process to disburse the assistance,” Rout informed.