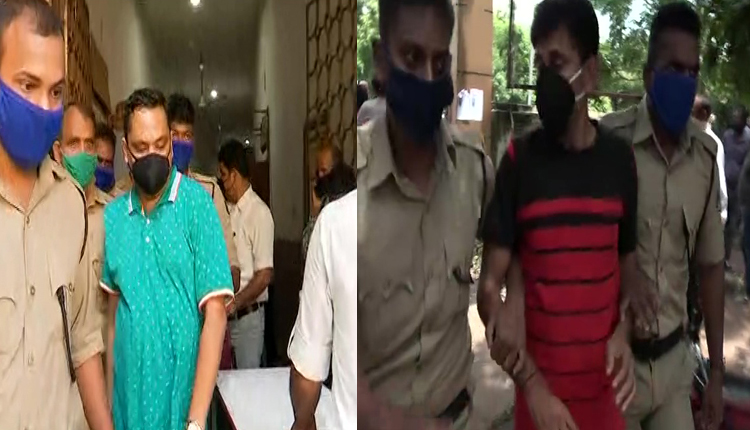 Bhubaneswar: Think a thousand times before you share anything on social media, more than ever if you are in the state of Odisha. The recent arrest of two persons by Commissionerate Police for allegedly posting their first-hand experience from COVID hospital in social media platforms has raised eyebrows of the pioneers of freedom of speech and expression.

If answer to these questions is an emphatic no, the Commissionerate Police action of arresting two persons for speaking to each other and sharing the same with friends is certainly not justified by any means.

Article 19(1)(a) of the Constitution makes the “right to freedom of speech and expression” a fundamental right. Which gives citizens as well as democracy’s fourth pillar ‘Press’ to express views without any fear. But over the years many despots and authoritarian regimes have violated constitutional norms to suppress voice of dissents.

From the dark years of emergency to present-day intolerance regimes, have tried to throttle Media’s freedom. The current Odisha regime also failed to give adequate space to criticism by arresting two persons who shared their first-hand COVID19 experience in social media platforms.

Commissionerate police detained two persons for bringing COVID mismanagement allegations in a viral audio clip, both of them were arrested based on a criminal case registered against them under Sections 269/270/505(b) 120-B IPC, Section 3 of Epidemic Disease Act and Section 52 of Disaster Management Act.

It is being claimed that during interrogation, one of the arrestees- Biswajit Mohanty admitted to have shared the clip with some of his friends. The 2nd arrestee is stated to be an employee of Ortel Communications – who himself was a witness to the alleged COVID mismanagement.

The development comes after Mohanty’s wife raised apprehensions that police might force her husband to change his statement. She maintained that her husband did not talk anything against the government in the audio clip, neither did he target anyone. Rather he was patiently listening to his friend sharing his experience at a COVID hospital. Shockingly, the person wasn’t even allowed to have his medicines when he was taken for quizzing.

Mohanty’s wife also went on to state that choking freedom of expression just to cover up the alleged mismanagements underlines the fact that things are being brushed under the carpet.

While Supreme Court has struck down section 66A of the IT Act pronouncing that police and govt officials cannot stop or prevent any Indian citizen from posting and sharing their views on social media, the Commissionerate Police following examination and prima facie investigation, said the audio recording has been prepared and circulated, edited, uploaded and propagated, with mala-fide and mischievous intention. It also cited that it contains misleading and false information about COVID pandemic.

The police version states that “the mischievous conversation is trying to make others believe that there are false corona positive reports, and persons are being shifted to hospital falsely because there is certain target for number of patients to be fetched by hospitals”.

TO give the details in capsule, OTV digital platform had posted an audio clip between two people, one of whom was discharged from a COVID hospital, on the treatment there. Immediately, BMC swung to action blaming OTV for airing the audio though the television channel had not done so.

The audio clip was also posted with a disclaimer and sought BMC version which was not available then. However, BMC filed a show-cause notice and police complaint against OTV and asked officials to depose within a short time. Seeking some time as the person in charge of digital was on leave, OTV representative went to the police station but the summons never stopped. From one sent at midnight to the OTV office to another pasted on the news editor’s residence gate, the police officials kept sending summons after summons.

Today, OTV Public Relations Officer had gone to police station to submit reply and other documents in connection with the notice served by BMC & Commissionerate Police to the news channel. Though police received the reply letter submitted by OTV, it refused to accept other documents sought under Section 91 of CrPC.

Speaking to OTV, a senior lawyer pointed out that it is not permissible under law to ill-treat someone who is asked to appear as a witness citing that a week or at least 2-3 days should be granted for deposition. Even when OTV is ready to cooperate with the investigation, back-to-back notices were served to the editor and company authorities. If this doesn’t reek of high-handedness of the bureaucrats and police officials, what does? OTV bureau, Bhubaneswar.

Indian Expats Can Now Give UAE Local Address In Passports