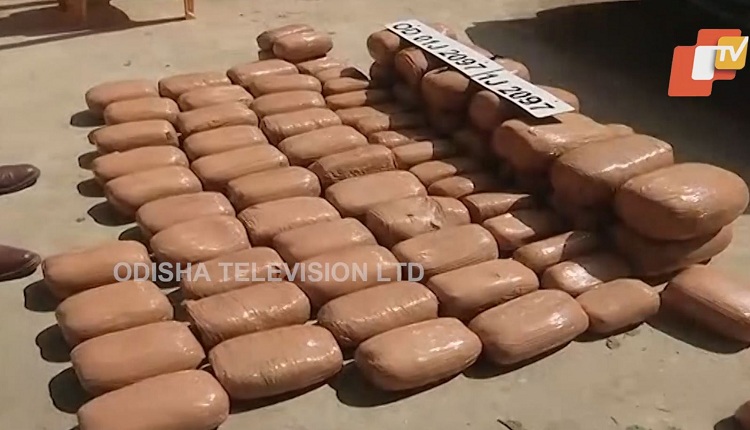 Bhubaneswar:  Odisha seems to be emerging as a major transit and production point for pan-India drug-smuggling cartels if the daily seizure of large quantities of cannabis and other synthetic drugs is any indication.

A whopping Rs 4 crore worth ganja have been seized and more than Rs 3 crore worth hemp plant cultivation destroyed in the past just 14 days.

On Saturday, ganja worth around Rs 20 lakh was seized in Chitrakonda while it was being transported to a neighbouring state. The seizure came a day after over 12 quintals of ganja worth over Rs 1.30 crore was seized at two separate places in the Koraput district.

On November 1, a huge consignment of ganja worth over Rs 1.5 crore was seized in Koraput. The Machkund police had seized more than eight quintals of marijuana from a closed house near Hanumal area along Koraput-Malkangiri border, while five quintal of the contraband was seized from a van from Padua area on the Andhra Pradesh border.

The Machkund Police along with a BSF team again intercepted a pick-up van near Hanumal village in the district and seized over 800 kg ganja worth Rs 80 lakh from the vehicle.

A joint team of Baliguda Police and Excise department had destroyed Ganja cultivation worth over Rs 90 lakh by burning the crop, spread across several places in Kandhamal.

Similarly, a joint team of the Kandhamal Police and Excise officials destroyed illegal ganja cultivation on acres of lands worth around Rs 1.55 crore in different forest areas of Dudduki panchayat under Sadar police limits in Kandhamal district.

Though the joint teams of police and Excise department have intensified the crackdown on the production and supply of illegal cannabis, it seems there’s a long road ahead to completely wipe out the illegal trade.