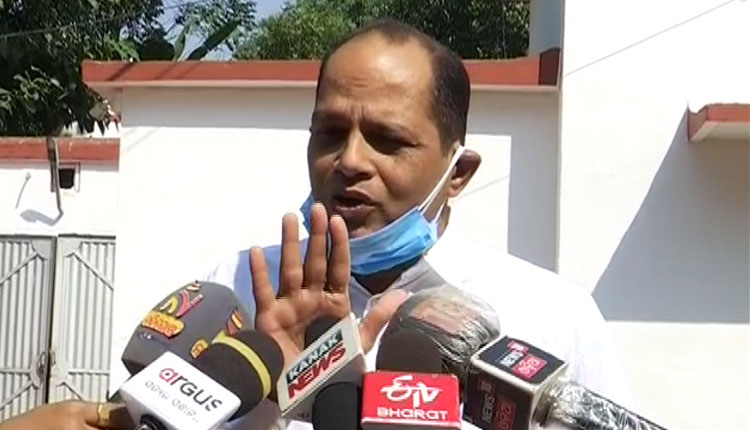 Bhubaneswar: MLA from Gopalpur, Pradeep Panigrahi has alleged that his relatives and supporters are being subjected to custodial torture by the local police following his expulsion from the party.

In a letter to CM Naveen Patnaik on Tuesday Panigrahi said, “Police have been resorting to perpetrating third-degree torture to my relatives and forcing them to give statement against me. Government is misusing its agencies to harass me and my family members.” The letter has been marked to the Chief Secretary and the Director General of Police (DGP), Odisha.

“I am being used as a scapegoat to divert public attention from burning issues like ‘Pari murder case’, ‘Amrut Das murder case’ and famers’ suicide. There is no official complaint registered against me. Yet police are picking my relatives and family members at midnight and using third degree torture in order to coerce them to lodge FIR against me,” said Panigrahi while speaking to reporters.

“I don’t know whether the CM knows about these motivated conspiracies against me. However, I tried to reach out to Naveen Patnaik through phone call, but they didn’t allow me to talk to him (CM),” added Panigrahi.

Manas Mangaraj, Media affairs General Secretary of the Biju Janata Dal (BJD), had been calling me and trying to intimidate me not to speak against the party, alleged Panigrahi.

“I urge the media to stop ‘media trial’ against me. People from the ‘Third Floor’ are involved in widespread corruption. Media persons should investigate the officers working in the power corridors of the State.”

When asked about the his alleged links with suspended IFS Abhay Kant Pathak, Panigrahi stated,” The matter is sub judice and we should wait for the court’s verdict.”

“I still trust the Chief Minister. He had affections towards me. I just want to know if he is aware of the harassments I have been facing. Only then I will arrive at any conclusion.” said Panigrahi.