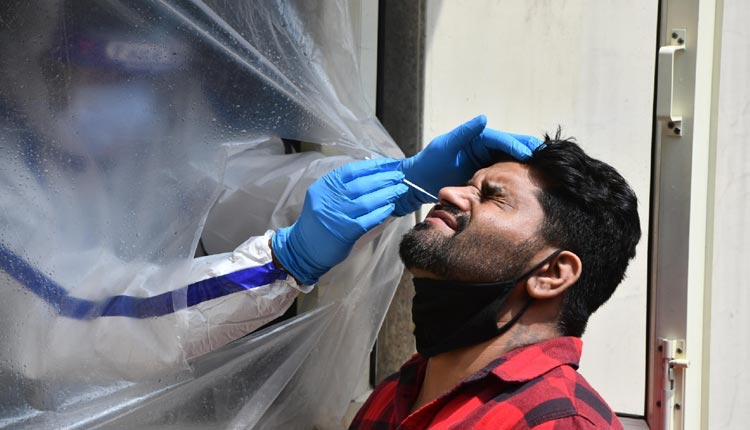 Bhubaneswar: Odisha reported 1203 new cases of coronavirus infection and ten more deaths due to the disease in the last 24 hours. As per State I&PR Department, Covid-19 tally in Odisha rose to 30378 while the death toll increased to 169. Active cases have surged to 11235 while recoveries remain at 18938.

Among the fresh cases reported from 28 districts of the State, 758 positives were detected from quarantine centres while 445 are local contact cases.

On the other hand, a record 1298 Covid-19 detection tests were conducted in the last 24 hours in Odisha taking the total tests above 5-lakh. As per the government, the cumulative tests now stand at 500238.

Record number of #COVID tests in #Odisha. As per State I&PR Dept, 12928 tests were conducted in the last 24 hours.

The health and family welfare department also shared the details of 10 Covid positive patients who succumbed while under treatment in hospitals.