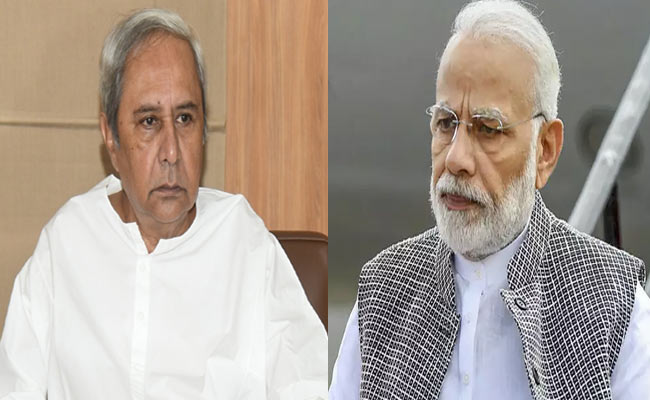 Bhubaneswar: Odisha Chief Minister Naveen Patnaik on Thursday asked his State government officials to complete assessment of damages caused by Cyclone Amphan and carry out the restoration works on a war footing. Prime Minister Narendra Modi is scheduled to arrive in Odisha today to review the situation arising out of the cyclone that brushed along the State coast causing extensive damage with its high velocity winds and downpour.

CM Naveen conducted an aerial survey of the affected districts on Thursday and expressed concerns over the widespread damage to crops, vegetation, electricity and telecommunication lines inflicted by the super cyclonic storm that made landfall between Digha (West Bengal) and Hatiya (Bangladesh) coasts.

Patnaik has instructed officials to restore road communication by today evening and complete full electricity restoration within 24 hours under the jurisdiction of CESU. Patnaik has also asked NESCO to complete electricity repair works on a war footing within a time frame of 27 hours.

Similarly, the agriculture department has been asked to conduct assesment of damages caused by the cyclone within 2 days. The Chief Minister also condoled the loss of lives and property in West Bengal and said expressed solidarity with the government of the neighbour State in tackling the situation arising out of the cyclone. Patnaik has asked State Chief Secretary Asit Tripathy to cooperate with his West Bengal counterpart and extend all help required to them during this time.

Latest reports said, PM Modi has left for Odisha and West Bengal in an Indian Air Force flight. He is scheduled to first conduct an aerial survey of cyclone affected districts in West Bengal and discuss with the State government on the situation.

As per the official schedule, the PM is slated to reach Odisha at 2.30 pm at Bhubaneswar International Airport. Thereafter he will conduct an aerial survey of cyclone hit parts of State and later hold a meeting with State government at 5 pm in the State capital.

You May Also Like:
Odisha Govt Says IMD Forecast Getting Better With Time, Thanks ‘Cyclone Man’ Mohapatra