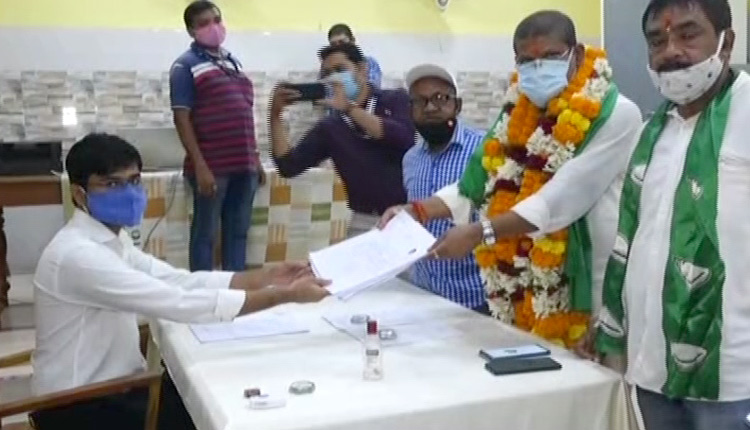 Balasore/Jagatsinghpur: The deadline to file nomination papers for the forthcoming bypolls to Tirtol and Balasore Sadar Assembly constituencies in the State is all set to end today.

Meanwhile, the three major political parties in the State- BJD, BJP and Congress have intensified their campaigns in the poll-bound constituencies to woo voters.

The leaders of the three political parties have intensified door-to-door campaigns and putting all their efforts to gather maximum votes to their pockets.

“I have been visiting panchayats and addressing various issues of the people. The main issues of Balasore Sadar are rising crime against women, lack of industrialization, degrading condition of river bank embankments which often leads to flood in the region. I hope people will vote me to power so that I can solve the problems,” said Congress candidate for Tirtol, Himansu Bhusan Mallick.

Worth mentioning, the scrutiny of nomination papers for the by-polls will be done on October 17 while the last date for withdrawal of candidature is October 19.

It is pertinent to mention that the by-polls to the Balasore and Tirtol Assembly constituencies were necessitated following the demise of sitting BJP MLA Madan Mohan Dutta ( Balasore) and sitting BJD legislator Bishnu Das (Tritol).