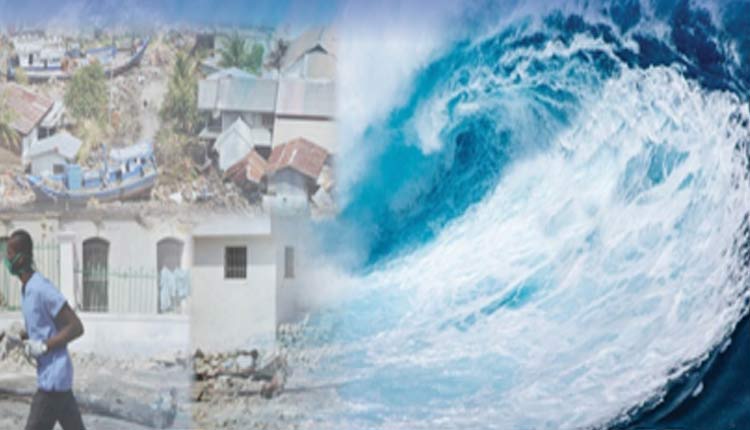 Venkatraipur (Boxipalli) village of Rangeilunda block under Ganjam district and Noliasahi village of Ersama block under Jagatsinghpur district have been acknowledged by the Intergovernmental Oceanographic Commission (IOC) of UNESCO for greater preparedness to face the tsunami disaster.

In a virtual event on Friday, ‘Certificate of Recognition’ will be handed over to the communities of Venkatraipur and Noliasahi as Tsunami Ready villages, informed the official.

UNESCO-IOC has recognised 2villages- Noliasahi in @CollectorJspur & Venkatraipur in @Ganjam_Admin Tsunami Ready Villages. Odisha 1st State in whole of Indian Ocean Region to get this honours. Tomorrow in Virtual Ceremony award & certificates will be given to @OSDMA & communities.

Their Board had visited these two villages in December last year. They evaluated the readiness criteria and upon being satisfied had recommended UNESCO-IOC to accord the tag, said Jena.

OSDMA has implemented the Tsunami Ready programme in the state.

The Indian Ocean Tsunami Ready Programme of IOC-UNESCO is a community performance-based programme that facilitates tsunami preparedness as an active collaboration of the community, community leaders, and national and local emergency management agencies.

Disaster Management Plans at a different level have been prepared to address Tsunami disasters. Regular tsunami mock drills are being conducted in the tsunami-prone villages as a part of International Tsunami Drills and National Tsunami drills.

The Early Warning Dissemination System (EWDS) for last-mile connectivity has been set up in the tsunami-prone villages. This system addresses the existing gap for disseminating tsunami warning up to the community level.

The recognition by the UNESCO is a great achievement for Odisha for their Tsunami preparedness. It would make Odisha a role model for tsunami preparedness. With this award, the state is motivated to make the balance 326 villages and urban local bodies Tsunami ready in a time period of one year, the official said.

The communities were recognised by ensuring strong end-to-end early warning and mitigation system with focus on community awareness and preparedness. Tsunami Ready programme aims at minimising loss of life and property by following best practices during tsunami.@osdmaodisha

WMO Lauds IMD For Its Accurate Prediction Of Cyclone Amphan