WMO Lauds IMD For Its Accurate Prediction Of Cyclone Amphan 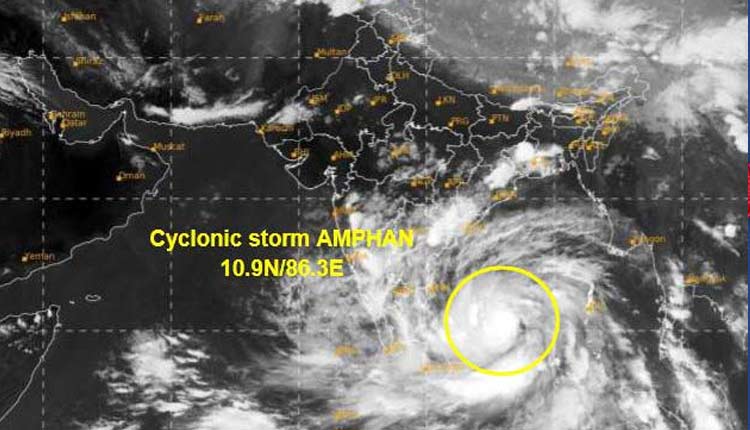 In a letter dated June 2, addressed to IMD Director General Mrutunjay Mohapatra, WMO Secretary-General E Manaenkova said the cyclone advisories were provided to the WMO and in particular Bangladesh which was also affected by the storm.

Amphan intensified into a super cyclonic storm. It hit the Sunderbans and West Bengal coast as an extremely severe cyclonic storm on May 20.

The accurate prediction of the genesis, track, intensity, landfall point and time as well as associated weather like storm surge, rainfall and wind by IMD/RSMC New Delhi with a lead period of more than three days has immensely helped in their early response and actions, the letter said.

The WMO is part of the UN.

The services provided by the IMD have been showcased as an excellent lesson and best practices in tropical cyclone forecasting and warning services and response actions leading to sufficient preparedness for mitigation of losses and damages.

The advisories were also distributed to the WMO secretariat in Geneva and shared with the WMO regional offices in Singapore, Bahrain and the WMO coordination hub.

WMO secretary-general used the information from the bulletins to communicate with the UN secretary-general about Amphan. Those bulletins were also well-utilised by the WMO officer in New York to daily brief the relevant entities of the United Nations at its headquarters on the status and potential impact of Cyclone Amphan, the letter added.