Since 2017, Odisha has been at number 2 in dacoity incidents in the country. Incidents up by 15 per cent in 2020. Rising dacoities indicate the mushrooming of organised criminal gangs in Odisha 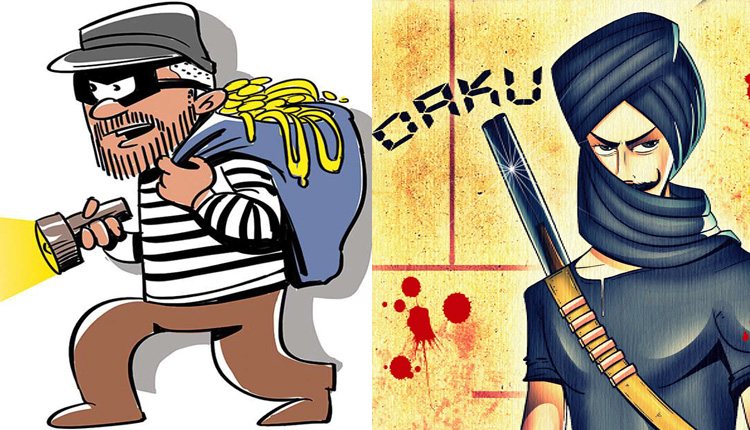 Bhubaneswar: No more the ravines of Chambal (MP) or the badlands of Ramgarh in Uttar Pradesh have been the hunting grounds for dacoits. The scene of banditry has moved to states like Odisha and Maharashtra.

For the last few years, both states have been reporting the most number of dacoity incidents in the country. While Maharashtra has been topping the country in dacoities, Odisha is at the dubious second, reveals a compendium of NCRB reports since 2017-2019.

Against that backdrop, the White Paper on crime scenario in Odisha that was tabled today in the State Assembly delivers a shocker. It said dacoity incidents in the State have jumped by over 15 per cent to touch a total of 514 in 2020.

The enormity of dacoities in Odisha has been evident when compared with the Triennium Average (T.A). The number of incidents of dacoity in 2020 remained marginally above the T.A of 512.

“This is not the banditry incidents of the fame of Chambal or Ramgarh ka Sholay. The incidents in Odisha are a part of organised criminals and looters’ gang. As the number of gang members involved in the organised plunder of property stood at around 7-8, the incidents are defined as dacoity as per the IPC definition,” observed a senior IPS officer at the State Crime Records Bureau (SCRB).

Thorough scanning of the explanation by the senior police officer, however, drops the big hint – the proliferation of organised criminal gangs in the State.

And mushrooming of organised crime gangs don’t augur well for the law and order situation in the State. However, the White Paper on Law and Order placed in the State Assembly today has expressed satisfaction over the prevailing scenario in the State in 2020.

THE DACOITY GRAPH IN STATE

The number of dacoity incidents in Odisha in 2017 stood at 534. The number increased to 558 in 2018 and fell down a bit to 446 in 2019. With the police machinery busy in enforcing the lockdown and other Covid-19 related restrictions, dacoits targeted at will in the State during the pandemic year as the incidents reported by State police stood at 514.

THE BADLAND MAP IN ODISHA

As per the data of dacoity gangs busted in Odisha over the years, records show the organised gangs have a presence across the length and breadth of the State – from western, coastal to central regions. Besides, the operation of inter-state dacoit gangs in the State has also been confirmed.

“Odisha’s proximity to Jharkhand and Bihar leaves the field open for the organised crime gangs from the neighbouring states to operate in the State,” observed former DG Sanjeev Marik.

The footprints of dacoit gangs in Odisha are seen from Delang (Puri district), Redhakhol (Sambalpur) to Polasara (Ganjam) and from Capital Bhubaneswar to steel city Rourkela.

WHY DACOITS HAVE A FIELD DAY IN ODISHA?

The White Paper tabled in the State Assembly itself has explained the reasons behind it. Of the 502 cases, charge-sheets have been filed in only around 50 per cent of the dacoity incidents.

As per highly placed sources, the property plundered by dacoits totalled around Rs 119 crore. Moreover, with only a 50 per cent charge-sheeting rate, the recovery rate in the State also stood very low (around 28-30 per cent).

Therefore, experts feel the impunity and delay in filing charge-sheet that has bolstered the gang of dacoits to make Odisha their hunting ground.

Top 3 Tollywood Releases To Watch Out For This Weekend