No Question Hour During This Winter Session Of Odisha Assembly: Speaker 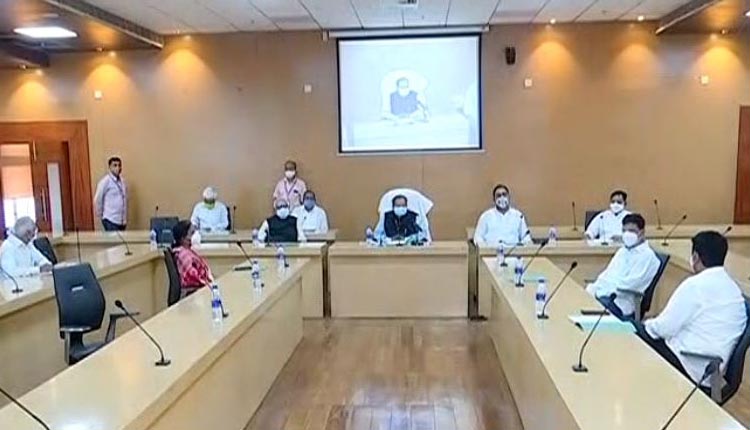 Bhubaneswar: In view of present Covid-19 pandemic situation there will be no question hour during the Winter Session of the Odisha Legislative Assembly, starting on November 20, informed Speaker Surya Narayan Patro on Wednesday.

A decision in this regard was taken during an all party meeting convened today which was chaired by the Speaker of the House. Parliamentary Affairs minister Bikram Keshari Arukha, Leader of Opposition Pradipta Naik, Congress Legislature Party leader Narasingha Mishra and government chief whip Pramila Mallick were among those who participated in the meeting.

The House will function for four and half hours daily and supplementary budget will be tabled on November 20. Seating arrangements for the MLAs will be finalised by keeping all social distancing norms in place, Patro informed.

“Condolences will be offered to former Assembly Speaker Sarat Kar and other Covid warriors at the beginning of the House’s proceedings. There will be no question hour. If senior MLAs want to participate during the session, they can join online,” Patra said.

Meanwhile, Opposition parties have expressed their resentment over the decision of not  having the question hour during the Winter Session of the House.

Expressing displeasure over the move the Leader of Opposition Pradipta Naik said, “The House will function for four and half hours daily. If extra one hour is given for the question hour, will that lead to virus contamination?”

“We have strongly opposed the move of omitting the question hour during the Winter Session of the Assembly. The move is against the Constitution and illegal,” said Congress Legislature Party leader Narasingha Mishra.