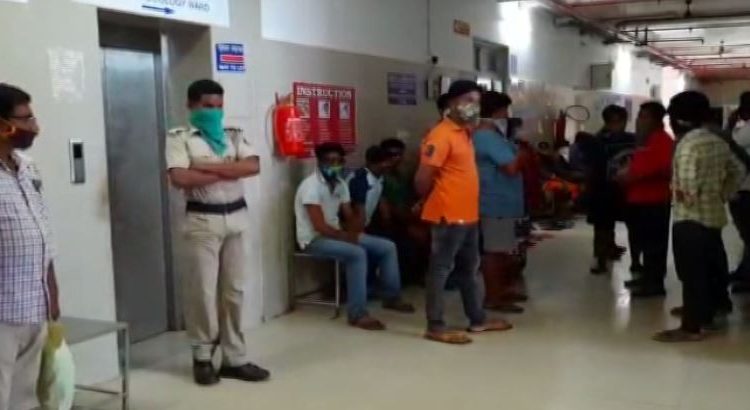 “The doctor checked my wife at around 11 pm and said the delivery will be normal by Saturday morning. When my wife complained of labour pain again, I looked for nurses for help but could not find anyone. When I approached a doctor he was reluctant to help. Later, we found nurses sleeping and they did not respond when I asked for help,” Behera alleged.

Subsequently, after delivery, the newborn reportedly died. The parents and relatives staged a protest on the hospital premises alleging medical negligence. A complaint in this regard has been lodged at the Town Police Station.

Dhenkanal Chief District Medical Officer (CDMO), Sujatarani Mishra said action will be taken against persons who will be found guilty.

“There could be some lacuna which has resulted in the death of the newborn. The matter will be investigated and action will be taken against,” the medical officer said.