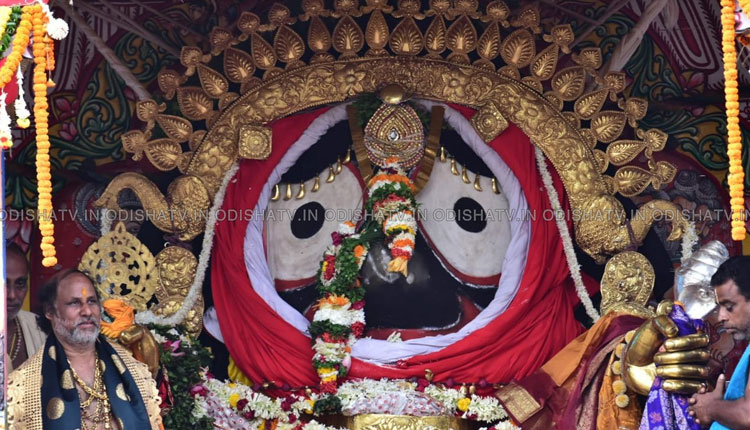 Puri: The Shree Jagannath Temple Administration has decided to get a new set of jewellery for Lord Jagannath and his siblings Lord Balabhadra and Goddess Subhadra.

The SJTA Chief Administrator Kishan Kumar held a meeting in the regard on Wednesday. Sevayat members of managing committee of SJTA, Pattjoshi Mahapatra, representative of Deula Karan, Tadhau Karan and Bhandar Mekap also attended the meeting.

Earlier, a Mumbai-based devotee had expressed his desire to donate gold for making jewellery of the holy Trinity.

Following which the temple administration had agreed and sent the traditional design of the ornaments of the deities which he agreed to make through his jeweller in Mumbai.

Later, the concerned devotee had sent back the designs which were approved by the SJTA in the meeting yesterday, informed Temple Managing Committee Member, Ramachandra Dasmahapatra.

The new ornaments for Lord Jagannath and his siblings would weigh around 5 kilograms and include a dozen of items like Shreemukha Padma, Payar, Jhobakanti, Tadaku and several other necklaces. The new set of jewellery will be ready by the end of Kartik month, added Dasmahapatra.

In a related development, the silver draping of three prominent gates of Srimandir- Beharana gate in front of the Mukti Mandap, Jaya-Vijaya gate of Jagmohan and Kalahata gate near the sanctum sanctorum will reportedly be completed by Rath Yatra next year.

“A meeting will be convened on October 27 or 28 in which the designs of the silver gates will be finalised and the work will be over by Rath Yatra next year,” informed Dasmahapatra.