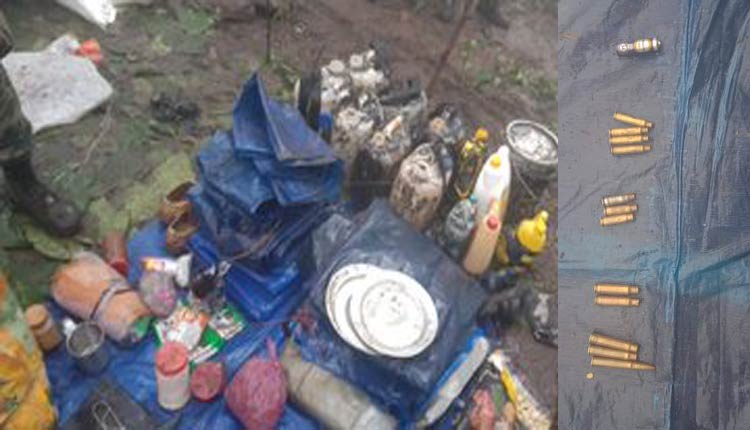 Bhubaneswar: At least four Maoist hideouts were busted and huge cache of live ammunition and other articles were seized following an exchange of fire between the ultras and security forces in Gandhamardhan Reserve forest under Paikmal PS limits, police said on Sunday.

About 10 to 15 CPI (Maoists) managed to escape after the shootout that took place at around 7.30 am on Saturday and lasted for about half-an-hour, according to a press note issued by the State police headquarters.

Upon reliable Intelligence input regarding camping of CPI (Maoists) and planning for violent anti-state activities in Gandhamardhan RF area, SOG teams of Bargarh-Bolangir along with CRPF platoons started joint Anti-Naxal operation in the area, the statement said.

At around 7.30 AM, the SOG team and the left wing extremists noticed each other’s movement in the area. The Maoists started indiscriminate firing upon the police team.

“Though the SOG team appealed the ultras to stop firing and surrender, they shouted ‘Lal Salam Jindabad’. Finding no alternative, SOG team resorted to controlled firing in self-defence. The exchange of fire continued for 30 minutes. The naxal group could manage to escape taking advantage of dense forest and heavy rainfall,” said the press note.

During search operation, the SOG team found four naxal camps in a row and recovered live ammunition, empty cartridges and camp articles from the spot.

Further combing and search operation with additional teams are underway in the core area for possible hideouts.

Rana Daggubati Gets Hitched To Miheeka Bajaj: Wishes Pour In For Newlyweds From Celebs