The assets of Odisha cabinet released on Tuesday put a glare on financial dealings of Ministers. While Naveen values gold more than 4-wheelers, his cabinet colleagues on an average have two high-end 4-wheelers. Naba Das, the 'revolver' minister 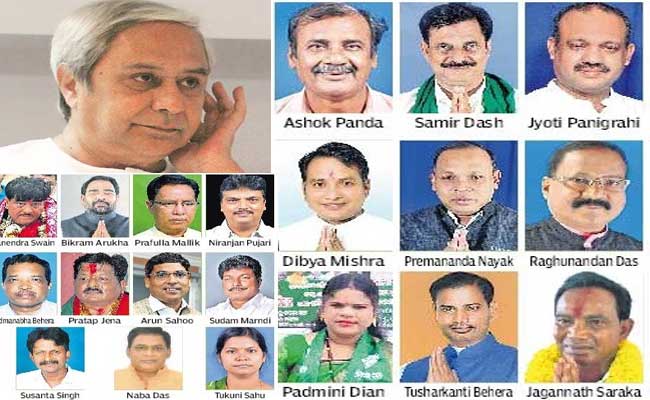 Bhubaneswar:  Despite being a bachelor, Chief Minister Naveen Patnaik has a fascination for the yellow metal than 4-wheelers. When he owns jewellery valued at Rs 2.21lakh, CM owns a 1980-model Ambassador car worth mere Rs 8,905.

The moot point here is why CM has a fond for jewellery?

This shows Patnaik is a shrewd investor. Because, the maxim is except gold and real estate, economic value of other goods always record depreciation.

A look at the balance-sheet of CM Naveen Patnaik shows how CM has grown richer by Rs 15 crore in year 2019.

As per self-declaration of assets made by CM, despite personal bank accounts of CM in Bhubaneswar and New Delhi having recorded a fund depletion by nearly 6 lakhs, accounts opened for 2019 elections in Hinjlicut and Baragarh saw huge deposits worth Rs 19.51 lakh and Rs 20.02 lakh, respectively.

In contrast, during 2014 elections, when Naveen had been a candidate from Hinjlicut only, the deposits in the election purpose account then stood at mere Rs 5,553.

Now, when contrasted with his cabinet colleagues, it was found that his ministerial colleagues are simply ‘fida’ on 4-wheelers, besides having a high stake in gold and real estate.

Law Minister Pratap Jena owns a jewellery worth Rs 25 lakh. But his assets leave an ambiguity over owning any vehicle.

Parliamentary Minister Bikram Arukha’s assets has a high ‘gold’ content. And the only senior minister to declare that he has liabilities.

A very significant point here is, when none of the ministers has disclosed about source of 4-wheeler fleets owned, Tourism Minister Ashok Chandra Panda and WCD Minister Tukuni Sahoo did the needful.

Panda indicates that the source of fund for his Innova is sale amount of an old Scorpio at Rs 4 lakh and bank loan worth Rs 10 lakh.

Steel and Mines Minister Prafulla Mallick assets shows he owns a lap-top worth Rs 1.05 lakh, which has been gifted by OLA. Interestingly, when the Mines minister has detailed owning two TV sets in his Assets, not a hint on 4-wheelers or 2-wheelers there.

The funniest revelation is Health Minister Naba Das is the only minister in Naveen’s cabinet to own fire arms – revolvers, rifles et al. Besides, he owns a posh fleet of 4-wheelers.

Kajal Aggarwal Reveals Her Marriage Plans, Who Is Her Mr…