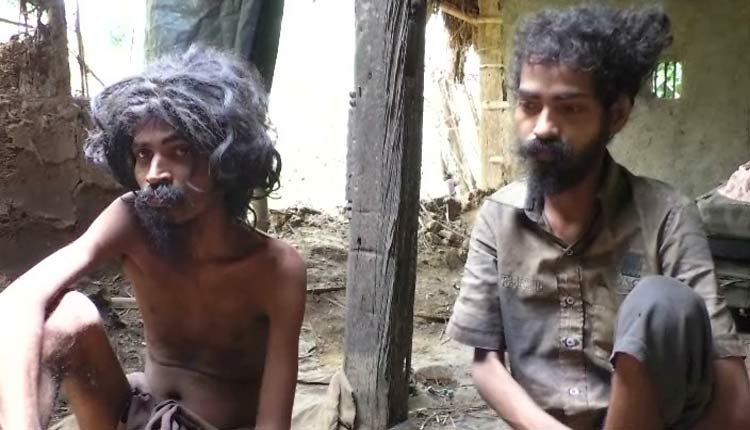 Kendrapara: While it’s natural for parents to expect that children to be a pillar of support during their old age, the tragic story of Harekrushna Nayak’s family from Dimiripal village of Kendrapada district just goes to break your heart.

It was in the year 2009 when two sons of Harekrushna got employed at a private organisation in Bengaluru. Both his children earned enough to send some money back home at the end of every month. For some time it seemed like a ray of hope for Nayak and his wife who thought that it was the end of their long poverty-stricken life. But little did they know that it was just a matter of time when their happiness was going to be overshadowed by dark miseries.

With no money for treatment, Harekrushna and his wife have been taking care of their children for the last 10-years. Their family of four who live in just a single room are now struggling to keep their ends meet. With their financial condition worsening with passing day, Harekrushna manages to give his family just one meal a day.

Speaking to OTV, Hareskrushna said, “Earlier I used to get financial assistance from my son. Now at the dusk of my life when I am supposed to sit back, I work even harder to feed my family.”

One of the neighbours Rangalata Nayak said, “The boys turn furious at times, throw food and attack people. Can’t imagine what they were and what they have become.”

Informed about the family, Kendrapara Collector said, “I have asked the local BDO to conduct an enquiry. We will do our best to provide assistance to the aggrieved family from CM’s relief fund and try to give them accommodation as well. Treatment of both the patients of the family will also be ensured at the earliest. ”