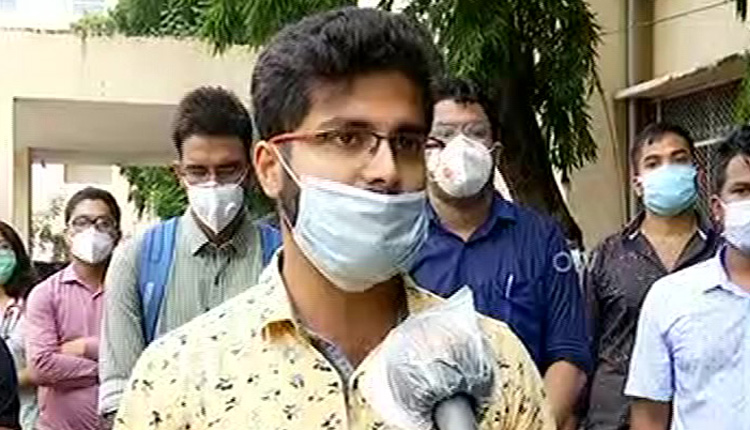 Cuttack: Junior doctors in SCB Hospital in Cuttack on Friday raked up various issues pertaining to their appointments in various hospitals across Odisha and submitted a demand letter regarding the same to the Additional Secretary of Health Department.

As per reports, Odisha Government has decided to appoint all the medical students who have completed their Post Graduation in various hospitals across the state, in the wake of the COVID-19 outbreak in Odisha. However, the junior doctors and 1st year PG students of SCB hospital are demanding some modifications in the appointment.

Their demands include decreasing the number of appointments in 1st year PG programme to the tune of 25% and appointing them in rotation basis, the appointment of 1st year students in districts nearby their native place, and proper arrangement of food and accommodation of doctors in their place of duty.

In this connection, the president of SCB Junior Doctors Association, Ashis Kumar Mishra said, “Our main problem is that the government is sending the whole batch of doctors to other hospital which is affecting health care here in SCB.”

In a similar turn of events, AYUSH practitioners in Aul Community Health Centre (CHC) under Kendrapara district wore black badges on their arms as a mark of protest alleging Odisha government of discriminating them against Allopathic doctors.

As per the medicos, at a time when all the doctors including AYUSH doctors are risking their lives in fighting COVID-19 pandemic, the state government has excluded them from the perks and covers under its insurance scheme. They have also demanded to be treated as Corona Warriors at par with their Allopathic counterparts.

“We have already submitted an eight-point demand letter to the Director of NRHM and the Chief Minister of Odisha. We want our demands to be met at the earliest,” said Rojalin Biswal, AYUSH doctor at Aul CHC.

Sources said, the doctors at the CHC have been protesting since 4th August and have threatened to collectively resign if the government does not pay heed to their demands by 15 August 2020.