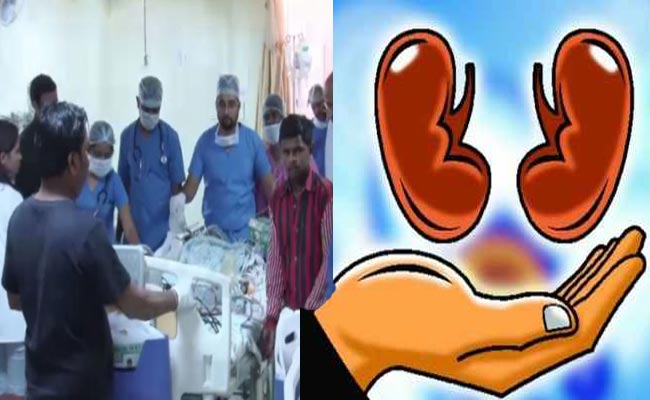 Bhubaneswar: With the first ever successful deceased organ transplantation having been done at SCB Medical College and Hospital in Odisha on Monday night, the State has joined the select group of around 10 States/UTs in the country.

As of now only a handful of States like Tamil Nadu, Maharashtra, Gujarat, Karnataka, Andhra Pradesh, Kerala, Delhi-NCR, Punjab and Puducherry have deceased organ donors, which facilitated such organ transplants there.

It’s worth mentioning here that last year the Centre has approved the Odisha State Organ and Transplant Organisation (SOTTO), the apex state-level body to monitor the deceased organ transplantation. And the family of Priyankarani Patra, who was declared brain dead by doctors, become the first deceased organ donor in Odisha.

Though the Transplantation of Human Organs Act was passed in 1994, it’s only in 2014 the act was amended to include brain dead as death process. It also allowed transplantation of organs and tissues after brain dead. And an apex body took shape in Odisha in 2019.

However, it needs reminding here that the first ever deceased organ transplant in Odisha has put the glare on the other growing enormity in Odisha. The SCB medical team has successfully transplanted kidney from the cadaver to one Firoze Sahoo, who had a renal failure, within a the mandated time span of less than 30 hours.

Odisha is among the few states in the country, where the chronic Kidney disease (CKD) is rising alarmingly.

As per a Lancet Study titled Renal failure deaths and their risk factors in India 2001–13, the eastern states of Odisha, Assam, West Bengal and Jharkhand had high death rates and experienced the greatest increase throughout the two time periods, mostly as a result of the rapidly rising death rates in the 45–69 year age group.

A later study titled India Health of the Nation’s States Report published by ICMR revealed big. In 2016, Chronic Kidney Disease has emerged as the eleventh disorder that causes premature death in Odisha. ICMR report estimated that it decreases the life span of males by as many as 5-years.

The report has also disclosed that in DALYs (Disability Adjusted Life Years) lost, the Chronic Kidney Disease emerged as the 14th most leading cause in Odisha vis-a-vis 30th leading cause in 1990.