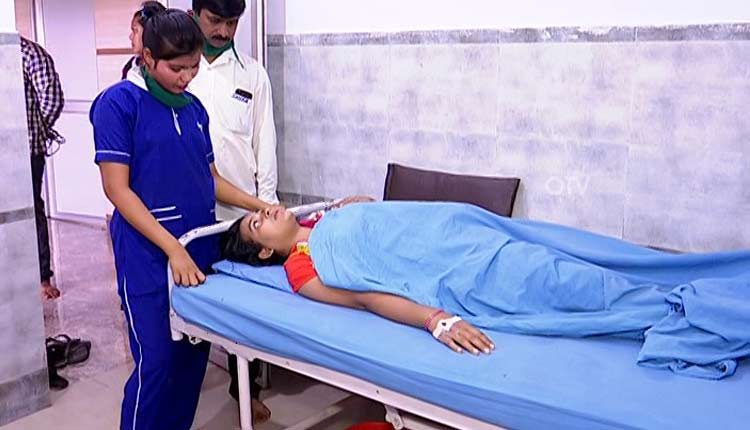 Cuttack: Sheer negligence by a doctor of a private hospital in Bhubaneswar nearly cost a patient’s life in Odisha. As per reports, the concerned doctor had allegedly left a piece of gauze inside the abdomen of a woman hailing from Kakatpur area in Puri district during a C-section delivery some six months back.

Post surgery, the patient Jenaf Begum developed acute pain in her abdomen. Though Jenaf’s husband Sarfaraz again took her to the same private hospital, the concerned doctor asked her to conduct an ultrasound diagnostic test.

“After the Ultrasound, the doctor informed us that the pain could be due to some tumour. He then informed that my wife would be cured after another surgery,” said Sarfaraz.

According to Sarfaraz, the family then took Jenaf to a private hospital in Cuttack where they found a piece of gauze inside her abdomen which is allegedly due to the negligence of the Bhubaneswar doctor who operated her last.

“For nearly six months, I was suffering acute pain. The doctor in Bhubaneswar asked us to pay Rs 20,000 for the second surgery,” said Jenaf.

Sami Salim, the doctor who removed the gauze from the patient’s body also admitted that “It is a gross negligence on the part of the doctor who operated her as it is mandatory to check equipment before completing the surgery.”