Major fire breaks out at Emami Paper Mills in Odisha 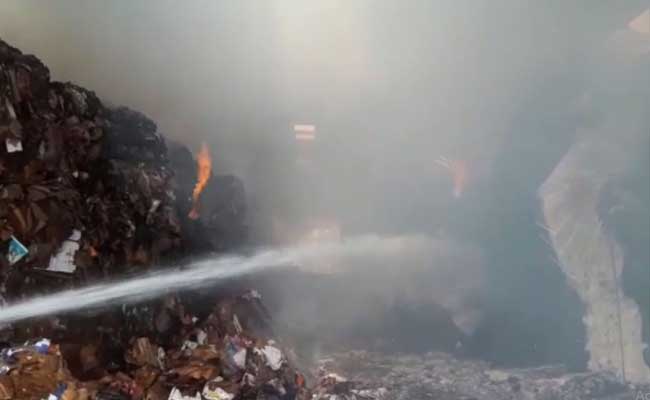 Balasore: Property estimated to be worth crores of rupees were gutted after a major fire broke out at Emami Paper Mills Ltd.’s plant in Remuna of Balasore district on Tuesday.

According to reports, the fire broke out at around 11.40 AM following which authorities of the mill tried to control the blaze with their own fire safety equipment along with seven fire brigades from Remuna, Balasore and Birla Tyres. However, the intensity of the fire was so severe that the district administration had to deploy a 25-member team of National Disaster Response Force (NDRF).

The fire was brought under control after a four-hour rigorous operation by the fire-fighters and the NDRF team.

“There were 25 members in the team. Intensity of the fire was very high and it was a challenge for us to control the fire as a huge smoke was emanating,” said NM Mohanty, NDRF Inspector.

While the exact reason behind the fire is yet to be ascertained, from the preliminary investigations it is suspected that short-circuit could have caused the fire.

Speaking about the incident, AGM of the paper mill, Manoj Padhi said, “Sub-collector, emergency officer, Tehsildar and other officials of the local administration were present at the spot and took stock of the situation. As of now, we are yet to establish the cause of the fire. I think we will know the reason behind the fire after an investigation into the matter.”