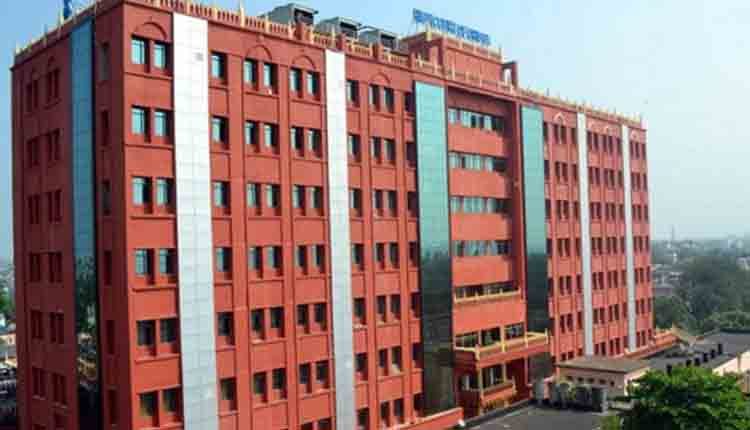 Bhubaneswar: In view of lockdown clamped in five districts and eight towns in the State amid the Coronavirus outbreak, Orissa High Court on Monday has directed to suspend hearings till March 31. Apart from suspending hearings, the HC also has ordered the closure of subordinate courts.

The cases listed on March 23 have been suspended and no further listing will be made up to March 31, said the order of the court. It, however, said that the urgent matters can be mentioned before the Deputy Registrar (Judicial) through WhatsApp message or video call.

Read: Back To Square One! Despite Lockdown For Coronavirus, Social Distancing Norms Up In Smoke In Odisha Capital

Only one advocate/prosecutor will be allowed to remain present in the court to represent their concerned parties, said the order. The order was released in view of avoiding gathering in courts during hearings of urgent matters.

Notably, five districts which are Khurda, Cuttack, Ganjam, Kendrapara, and Angul and eight towns including Puri, Rourkela, Sambalpur, Jharsuguda, Jajpur, Jajpur Road, Bhadrak and Balasore are under lockdown from 7 a.m. on March 22 till 9 p.m. on March 29 to tackle the spread of COVID-19.

Amid the coronavirus outbreak in the country, the Supreme Court said on Monday that it favours conducting virtual hearings on urgent matters as it considers shutting down its services.

A bench headed by Chief Justice S.A. Bobde and comprising Justices L.N. Rao and Surya Kant said the apex court administration would temporarily consider cancellation of all proximity cards for advocates and sealing of lawyers’ chambers on the court complex in order to prevent overcrowding.

The top court observed that only Supreme Court Bar Association (SCBA) President Dushyant Dave would certify lawyers’ who could come inside the courtroom to argue urgent matters through video conferencing.

The SCBA President had proposed the apex court to go on a break for nearly four weeks. Similarly, the members of the Supreme Court Advocates on Record Association (SCAORA) has passed a resolution that its members would not appear in the top court till April 4, as there is complete lockdown in various states. SCAORA has urged the Chief Justice to completely shut the top court.

Furthermore, SC directed the state governments to constitute a high power committee comprising the Principal Secretary (Home) and the Chairman of the state legal service authority to determine which class of convicts or undertrials can be released on parole or interim bail.

The Chief Justice of India, S.A. Bobde, said that for instance, prisoners can be considered for parole or interim bail where the maximum punishment is up to seven years or less.