Koraput: Locals Live Under Uncertainty As AP Encroaches Into Odisha 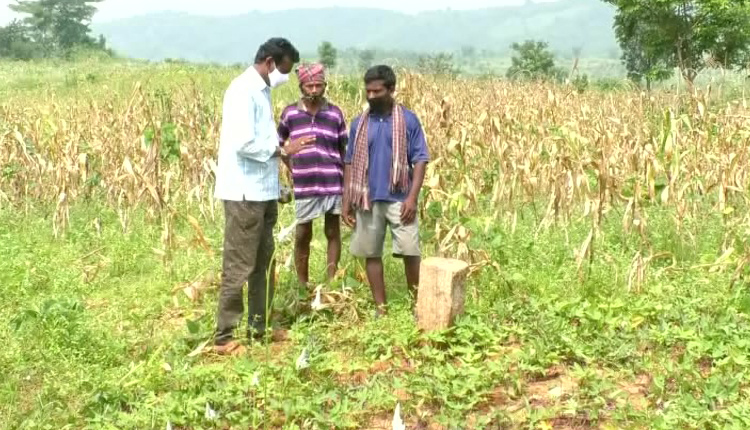 After Kotia, where Odisha is already at loggerheads with Andhra Pradesh over the alleged land encroachment and road construction by the later, the recent high handedness by the Andhra Pradesh administration in Narayanpatna has irked the locals.

As per reports, Andhra Pradesh has gone to the extent of issuing land rights of forest areas, which actually belongs to Odisha, to the locals in Langalabeda Panchayat of Narayanpatna block.

The Tehsildar of Narayanpatna took stock of the alleged encroachment of Andhra Pradesh into Odisha and requested the district Collector to conduct a joint survey of the area with Andhra Pradesh.

Speaking to OTV, Abhisek Das, Tehsildar of Narayanpatna said, “Our farmers have been tilling those lands from ages. The dispute arose after the land rights of the same land were given to people belonging to Andhra.”

“After survey, we came to know that Andhra Pradesh has put its survey stones almost 500 mts inside Odisha’s territory,” added Das.

The alleged encroachment is not limited to only Langalabeda Panchayat. In fact the plot number-35 and 33/1 under Chinakemidibhadra Mouza have also been usurped by Andhra. The land rights of some of the said plots have been given to the locals of Dakisila Panchayat under Parbatipuram Tehsil of Andhra Pradesh, effectively benefiting the people of Andhra and leaving our people without any land to farm, alleged locals.

Pidika Papaya, the Sarpanch of Langalabeda said, “The Andhra Pradesh Government has provided us rights of the land that originally belonged to Odisha. However, if the Odisha government had given us the rights for the same land, we could have been benefitted from that by availing loans against those.”

Tadingi Batri, a local alleged, “The Tehsildar and RI have visited the area many times, but we are yet to get rights for these lands. On the other hand, residents of Andhra are farming on our lands after their state provide them the rights to these very land parcels.”