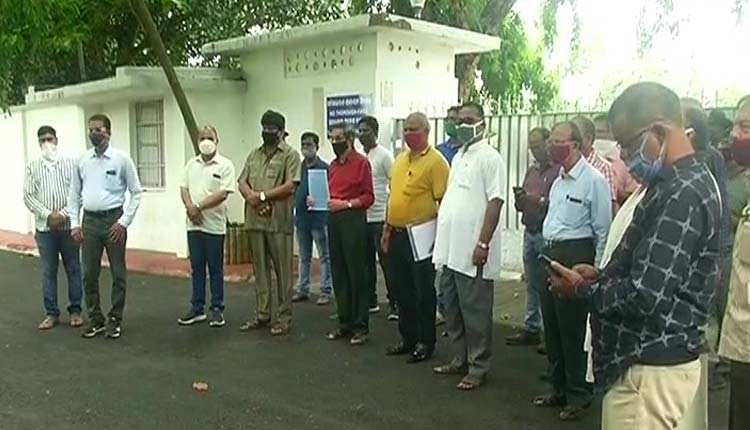 Bhubaneswar: Several journalists today met the Governor of Odisha, Ganeshi Lal alleging curtailment on press freedom in the State which has banned the entry of scribes into the Lok Seva Bhawan (Secretariat).

According to the agitating journalists, though there has been no formal order barring their entry into the Lok Seva Bhawan, they are being stopped by the deployed security and denied entry. Condemning the highhanded behaviour of the security personnel, senior journalist Pradosh Pattanaik along with several other scribes including Pradumnya Kumar Mohanty, Sanat Mishra, Dulal Mishra, Guru Kalyan Mohapatra, Ajit Mohanty, Bibhuti Bhusan Kar, Vivekananda Jena and Baishnav Charan Jena among others met the Governor and submitted a memorandum regarding the matter.

“Restricting entry of media into Lok Seva Bhawan, Kharvel Bhawan and other crucial government offices is unjust and is undemocratic and not acceptable. We met the Honourable Governor and discussed the matter with him. We have submitted a memorandum in which it is stated that such an act is aimed at hindering freedom of press,” said senior journalist Pradosh Pattanaik.

“Governor has assured us to discuss the matter with the Chief Minister and take necessary action,” he added.