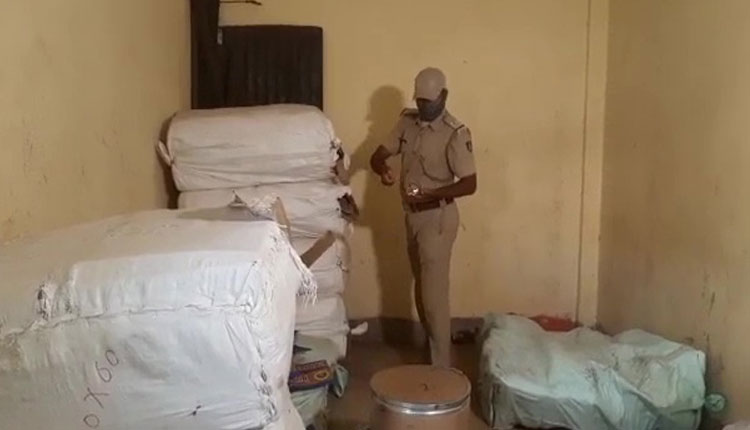 Bhadrak: A huge cache of spurious tobacco products was seized by Bhadrak police following a raid at Mathasahi area on Sunday.

The crackdown comes a day after a police team and some journalists were attacked by locals during a raid on a fake tobacco manufacturing unit at Holasahi under Puruna Bazar police limits in the district.

The fresh drive against duplicate tobacco products was carried out at the illegal manufacturing unit that was operating from a rented house at Mathasahi.

Senior police officials informed that the raid was conducted based on an intelligence input. Though the accused managed to escape from the spot, huge quantities of counterfeit tobacco products were seized.

A team of Puruna Bazar police had raided two illegal tobacco manufacturing units at Chandan Nagar and Sarkar Nagar and seized large quantities of raw materials used to prepare spurious zarda in the month of August 2018.