IOCL Product Application and Development Centre Comes Up In Odisha 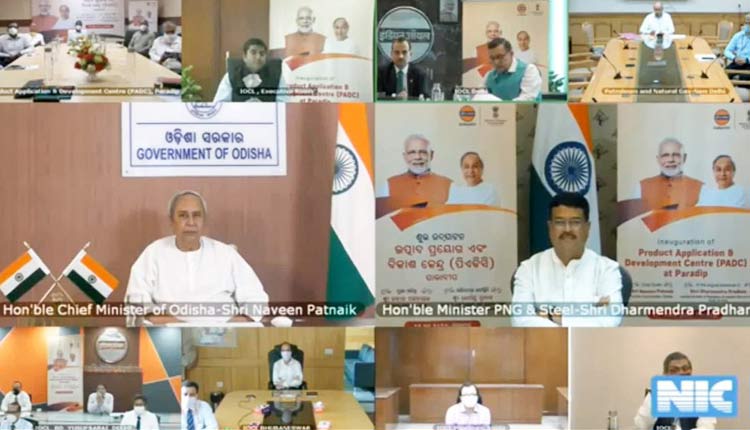 The project has been built on 5 acres of land near IOCL’s refinery and pharmaceutical complex in the port town. PADC has been launched with a capital expenditure of Rs 43 crore with an aim to facilitate and support development of polymer industry in Odisha as well as in the eastern parts of the country.

Addressing the inaugural ceremony of PADC, Naveen said, “The centre will not only perform a pivotal role in developing new materials and innovative applications, it will also provide support to investors in setting up manufacturing units in the plastic and polymer sectors,”

Stating that IOCL is the anchor for the plastic and petrochemicals industries in Odisha, Naveen stated that PADC can play a proactive role in providing infrastructure, raw material and technology supports to entrepreneurs who wish to set up their units in the region.

“The PADC has played the role of a catalyst in developing the polymer-based industries in the State. It should emerge as one of the centres of excellence in the field of polymer application,” added the CM.

Patnaik further stated that the expansion of Paradip Refinery must take into account the requirement of raw material feedstock and building blocks for the development of Polymer and Petro Chemical Industry.

“The IOCL’s proposed project in a textile park in Bhadrak is also an important step towards developing an ecosystem for technical textiles in Odisha. The implementation of Bhadrak project of IOCL also needs to be expedited,” added Naveen.

Union Minister Dharmendra Pradhan stated, “The PADC will pave the way to make India a leading player in polymer research, support innovation, enterprises and entrepreneurship in the polymer value chain.”

It will also help in creation of polymer-based industrial clusters across Odisha and facilitate several downstream industries in the areas of mines, coal, aluminium, cement, agri-entrepreneurship, tourism among others, added Pradhan.

Besides, the Union Minister claimed that the centre-of-excellence would create several new employment and self-employment opportunities for Odia youths, women and hard working workforce of the State

“It will further boost state’s revenue and economy. This is a big milestone in the development of Odisha,” said Pradhan.

The technical centre, the sixth of its kind in the country and second such technical establishment in the east, is a recognised laboratory of the Department of Scientific and Industrial Research (DSIR) under the Ministry of Science and Technology, said IOCL statement.

In line with ”Atmanirbhar Bharat” scheme of the Union government, the PADC will be working on development of newer grades from Paradip and curtail polymer imports through substitution.

The PADC would be working closely in application and development of polymers in collaboration with research institutes such as Institute of Chemical Technology (ICT), Bhubaneswar, Central Institute of Plastics Engineering and Technology (CIPET), Chennai and National Chemical Laboratory (NCL), Pune.

(With agency inputs/Edited By Suryakant Jena)