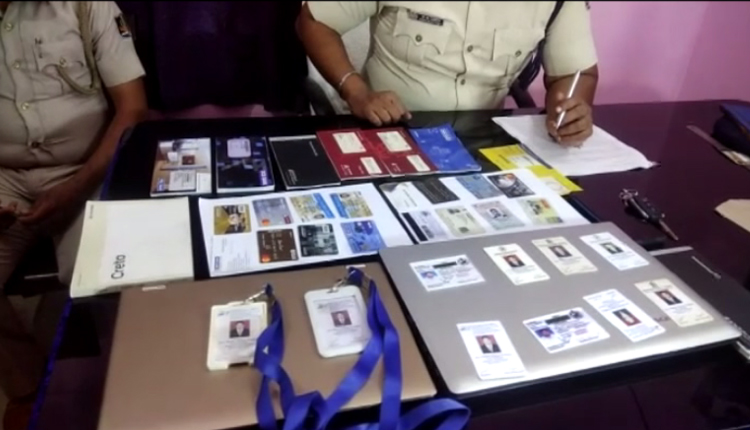 Nayagarh: The Chandapur Police here on Thursday arrested a conman for cheating crores of rupees from several people of Tangi and Chandapur area by promising them jobs in various government departments.

According to police sources, Kanhu Pradhan who hails from Tangi area of Khordha district has duped many common people on the pretext of providing jobs by showing fake identity cards in his name which mentioned him as a senior official of government department.

After a series of complaints were lodged against Pradhan in various police stations in Khordha and Nayagarh, police initiated a probe to find the veracity of the allegations made against Pradhan. During the course of the investigation, police have seized a bunch of fake identity cards, offer letters, mobile, a four-wheeler and unaccounted cash from Pradhan following which he was arrested.

Chandapur station in-charge Rashmi Ranjan Dash informed, “Kanhu Pradhan has minted crores of rupees from the unemployed youths in Chandapur and Tangi area. He has duped over Rs 5 crore. He was faking his identity as an official of home department, health department and education department and duped youths of crore on the pretext of providing jobs.”