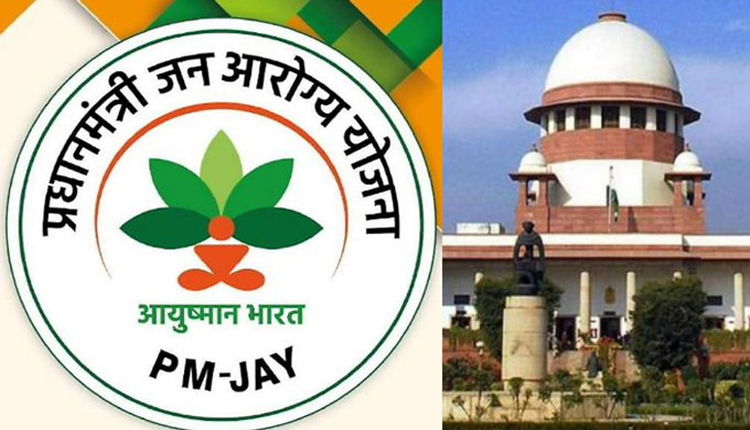 Bhubaneswar: The Bharatiya Janata Party (BJP) on Friday reiterated that the Pradhan Mantri Jan Arogya Yojana (PMJAY) or the Ayushman Bharat Yojana should be implemented in Odisha in the interest of people.

BJP MP Basant Panda today said, “We once again demand for the implementation of the health scheme and urge Odisha government to introduce it for the benefits of people.”

The Supreme Court has issued notices to four states – Odisha, Telangana, Delhi and West Bengal – asking them to submit reply within four weeks after hearing a petition over non-implementation of the Ayushman Bharat Yojana in these states.

“As the Apex Court has intervened into the matter, we are hopeful that everybody will welcome the scheme in future for the welfare of poor people,” said the Kalahandi MP.

Ayushman Bharat Yojana (ABY) was implemented by the Centre on September 23, 2018. However, Odisha government refused to implement the scheme in the State; instead, it introduced another health scheme in the State – Biju Swaysthya Kalyan Yojana (BSKY).

Earlier, Odisha government had asked for two changes in the provision of the Centre’s health scheme before implementing it in the State. The State had demanded not to make Aadhaar card mandatory for getting treatment under PMJAY and to increase the number of beneficiaries from 62 lakh to 70 lakh.

Will Not Accept Barsha Priyadarshini In This Or Any Birth: MP Anubhav Mohanty