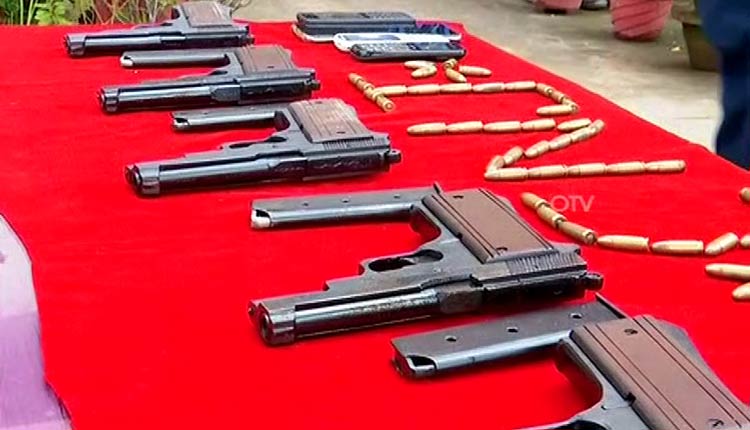 Cuttack: Chauliaganj Police in Cuttack busted an illegal firearms trading racket while arresting four persons in connection with the same.

Five guns, 50 rounds of bullets, eight cellphones and a car were seized from the possession of the accused.

One of the arrested persons has been identified as Sudhir Swain, who as per police is the mastermind of the gang. He is also said to be the key associate of gangster Tapu.

“The arms racket was operating for a long time in Cuttack and adjoining areas. Swain used to procure the guns from Munger of Bihar,” said Tapas Pradhan, Chauliaganj Police Station in-charge.

Efforts are on to nab others involved in the racket, police said.