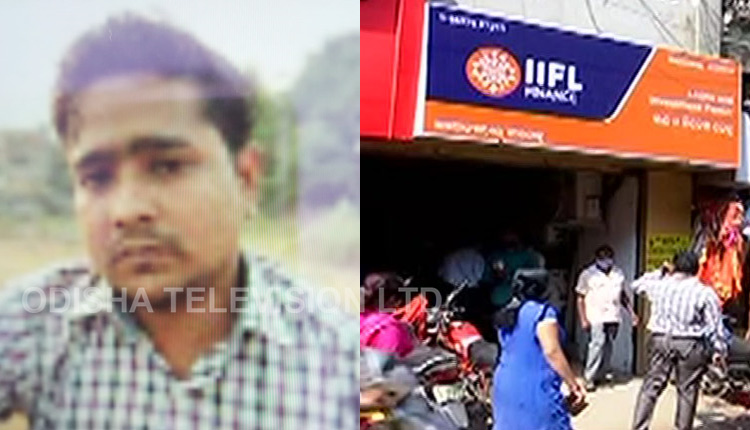 Cuttack: A manager in a private gold loan firm was arrested in the middle of his marriage procession by the Crime Branch in connection with IIFL loot in Cuttack, on Thursday.

Following his arrest, the Commissionerate Police have seized a large quantity of stolen gold and his interrogation is underway to ferret out more information on the IIFL loot case, said Cuttack DCP Prateek Singh.

Interestingly, following the manager’s arrest, the bride and her family who were waiting at a hotel they had booked for the wedding, had to pack up and cancel the event.

According to reports, the police had obtained the custodial remand of 5 accused persons in the loot case. Their preliminary questioning has revealed that more than 10 employees of IIFL had direct links with the crime.

According to sources, the interrogation of other suspects is presently on and many more are likely to be arrested today.

On the other hand, people who had deposited gold in IIFL with the hope to get more returns are sceptical whether they would get their deposits back in view of the loot and the following police action. One of the depositors said, “I went to the police and they said that they are investigating the case. Anyways, now that the perpetrators have been caught, we hope they (police) will return our deposits from the recovered articles.”

It may be recalled that the Commissionerate Police had initially arrested 5 persons involved in the sensational day-light loot at the office of India Infoland Ltd (IIFL) at Nayasarak area on November 19.

A senior police official has claimed that a woman officer of the firm was the mastermind behind the crime. She has been detained for questioning. The police claimed to have recovered a major chunk of the looted gold following the arrest of the accused.