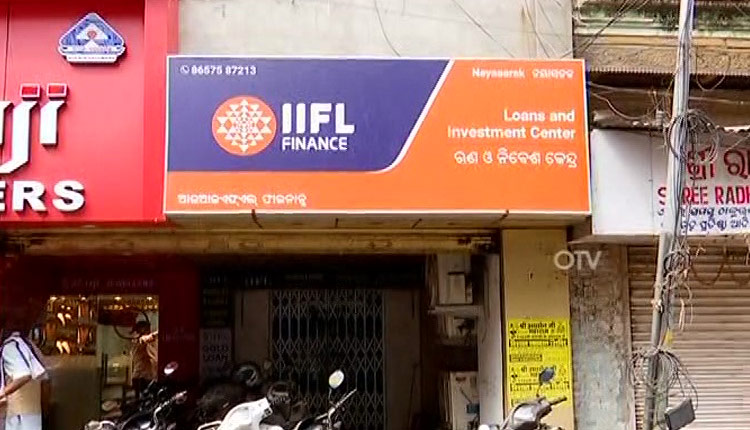 Cuttack: Startling details continue to shed new light on the sensational daylight loot at a private finance company in Cuttack with a senior police official on Wednesday claiming that a woman officer of the firm itself is the mastermind behind the crime.

According to the senior cop, the woman, who holds an important position at the India Infoline Finance Ltd (IIFL), plotted the entire act with the help of the main accused, Lala Amrit Ray.

The accused woman reportedly gave plan to Ray to execute the loot. She has been detained and is being questioned in the custody, the police official added.

The fresh revelations made by the senior cop contradict the earlier statement of Police Commissioner Sudhanshu Sarangi that Lala Amrit Ray is the mastermind of the crime.

On November 19, four miscreants had stormed into the IIFL office at Nayasarak and decamped with gold ornaments and cash estimated to be worth over Rs 12 crore from the locker of the private finance company.

Speaking to reporters after arrest of four accused on Tuesday, Sarangi had said, “Lala had planned the loot with the help of one of his college friends, identified as Ranjan Behera alias Bapu.”

Sarangi had further said that the police have managed to recover around 2 kilograms of gold ornaments after the arrest of Lala and his three associates.

Stating that the loot was an insider’s job, Sarangi had said the miscreants had taken full advantage of the poor security measures at the office.

“There were several loopholes in the security measures at the company which did not bother to even verify the antecedents of its staff before appointing them,” said Sarangi.

Later in the day, Cuttack DCP Prateek Singh held a presser and said, “The lady officer of the private finance firm, identified as Nilima Lenka along with accused Lala Amrit Ray masterminded the crime. Working as gold loan auditors, the duo cleverly duped returns of depositors but never omitted their names from credit list.”