Bhubaneswar: After gangster Hyder, who was nabbed from Sangareddy district of Telangana yesterday was brought back to Odisha on Friday morning, Twin City Police Commissioner Soumendra Priyadarshi speaking exclusively OTV…

Bhubaneswar: After gangster Hyder, who was nabbed from Sangareddy district of Telangana yesterday was brought back to Odisha on Friday morning, Twin City Police Commissioner Soumendra Priyadarshi speaking exclusively OTV said that a detailed investigation will be initiated in connection with the case and the police will try to divulge the details of the plan and process of the gangster’s escape very soon.

Priyadarshi further informed that the gangster will be brought in remand by the police for interrogation. A special team of officials will be formed who will grill Hyder to elicit information.
Besides, an investigation into the security arrangements at the SCB Hospital from where Hyder fled will be conducted by the police.

“The Commissionerate Police with the help of Hyderabad and Telangana Police successfully nabbed the criminal after 120 hours of operation yesterday. Now in the second phase, our responsibility is to find out how, in which circumstances and who were involved his escape from the SCB Hospital,” said Priyadarshi.

“Hyder was produced in a local court in Sangareddy district of Telangana late in the night yesterday and brought to Odisha on transit remand through a flight today. He arrived at the Bhubaneswar airport today and is being taken to Cuttack now,” he said.

Based on a complaint registered against him at Mangalabag Police Station, Hyder will be produced before a court in Cuttack and brought in remand for interrogation. Strict action will be taken against those who were involved in the matter,” further said Priyadarshi.

“When a gangster like him escapes from police custody, this means it is pre-planned and throws a big challenge for the cops,” stated the Twin City Police Commissioner. 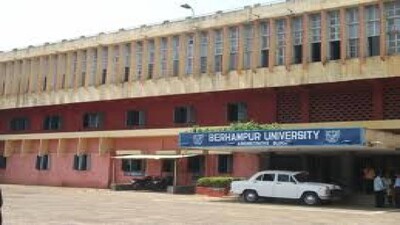