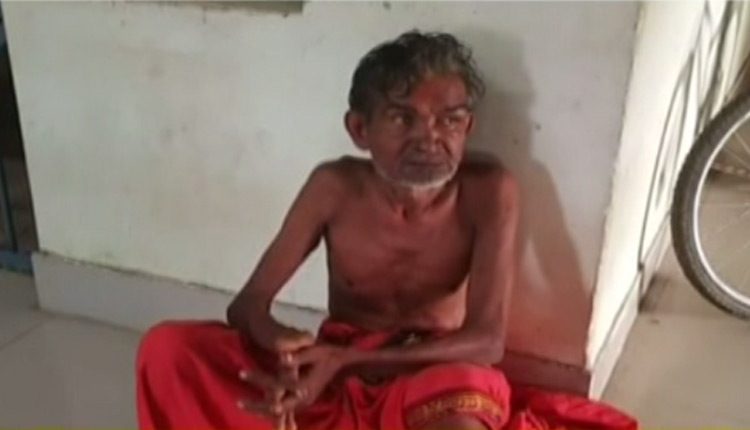 Cuttack: Is the fear of novel coronavirus (n-CoV), mushrooming across the length and breadth of the globe, seeding superstitions in the minds of the people dwelling in remote areas? Unfortunately to a great extent, is what Wednesday night’s incident in Athagarh hints at.

A priest engaged at Brahmani Dei Temple in Bandhahuda area under Narasinghpur PS in Cuttack district reportedly hacked a person to death inside the shrine. Though an investigation is still on, police claim it to be a case of human sacrifice.

It is being said that the priest Sansari Ojha – a septuagenarian – was along with one Saroj Pradhan (51) of the same village inside a room of the temple when suddenly he picked up a sharp billhook and hacked the latter to two pieces.

Athagarh SDPO Alok Ranjan Ray has begun a probe after the accused surrendered before Narasinghpur police this morning.

Speaking to OTV, Ray said, “The priest claimed that he saw Goddess in his dream and was asked to sacrifice a human’s life to eradicate coronavirus. He says he was possessed by the Goddess and eventually he had to hack Pradhan to death.”

“Probably, both of them were high on weed and whatever happened was under the influence of ganja consumption,” the SDPO added.

As per latest reports, a team led by Cuttack SP (Rural) and SDPO Ray is carrying out a detailed investigation at the spot.

“The accused surrendered before police and said that he did what was said to him in his dream. He has confessed to the crime, but he seems mentally unstable as his statements are changing frequently,” Radha Binod Panigrahi, Cuttack SP (Rural) while speaking to OTV.

He further informed, “The dead body has been sent for an autopsy. Police has also seized the murder weapon and blood-stained clothes which will be sent for examination. The accused will also be taken for a medical check-up.”

Also Read: Missing Minor Girl From Bolangir A Victim Of Human Sacrifice, Police Reveal She Was Killed By Own Brother