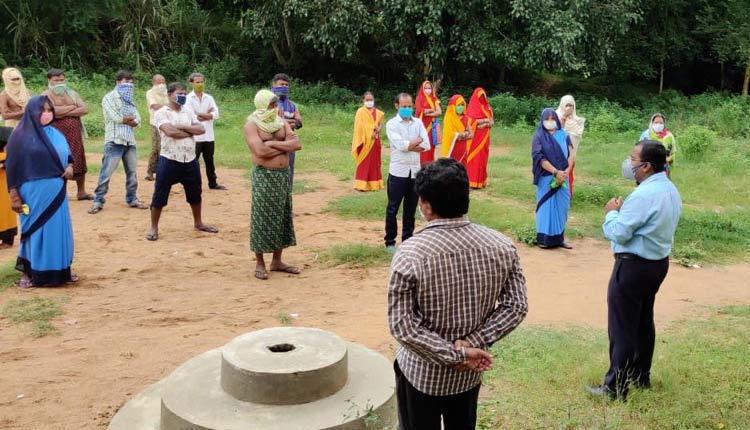 Bhubaneswar: Test, trace, treat. While the health authorities have been executing this strategy for efficient management of the pandemic, the State government is optimistic of a COVID-free situation in next 2-3 months, stated Ajay Parida, Director, Institute of Life Sciences (ILS) in Bhubaneshwar.

However, he said the government can only regulate norms or impose restrictions, but it is up to the people- how strictly they abide by the guidelines to help the State witness a declining trend.

In some regions of the State, cases are rising and will peak before taking a downward trend, probably to an extent of almost subsiding by September.

“The current trend indicates that Odisha is heading towards a stabilisation. The overall situation of Odisha looks under control. Yes, there is anyways a risk but people need not panic. After a peak, we hope things will stabilise this month. We are hopeful that the virus gets wiped off by September or maybe by October,” Parida said to OTV.

On Friday, Khordha district surpassed Ganjam in the single-day positive cases for the first time in several months. Khordha’s active caseload of 3175 is nearing Ganjam’s 3317.

The present situation in Ganjam district is showing signs of improvement. What’s encouraging is it is on a declining trend as the district hasn’t reported a single death in the last 48 hours, Parida said adding Ganjam has maintained a healthy testing rate, be it through antigen tests, or sample collection in mobile clinics, or the RT-PCR tests conducted in dedicated labs.

The overall numbers in the State reveal a different picture but if we look at pockets like Ganjam, Cuttack, Khordha (including Bhubaneswar), Gajapati, Rayagada, positive cases have surged in the last few days.

“The spike is not being witnessed all over the districts but in a few pockets. If we consider Bhubaneswar, not all pockets have reported positive cases. Once a case is detected from a particular location, contact tracing is expedited in the area. Following this, symptomatic cases are admitted to hospitals while asymptomatic patients are put in quarantine. This will minimise contact risk and subsequently the spread of the disease,” he said.

On the peak projection, Parida mentioned that “Quite similar to the trend observed in Delhi and Mumbai, cases here will also peak at one point of time and then stabilise. There will be a declining trend after that.”