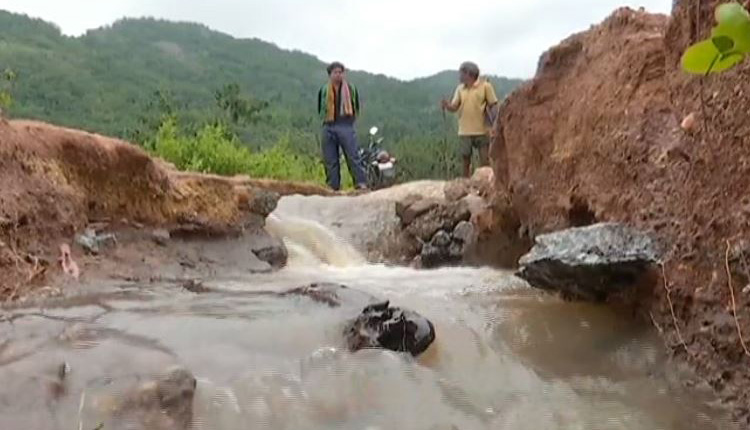 Ganjam: The deep depression that has caused massive damage with incessant rainfall and flooding in Andhra Pradesh and Telangana has also left its trail of destruction in villages of southern Odisha districts.

Ankuli and Buratal village in Ganjam district which once witnessed severe damage due to Titli cyclone in 2018 have once again experienced the raw fury of nature. 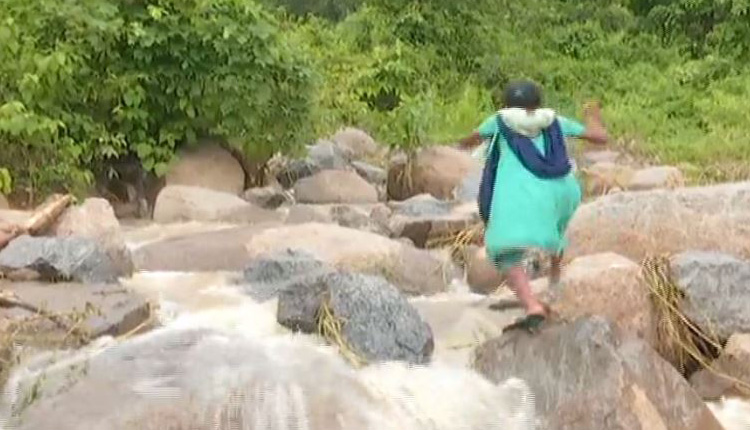 Heavy downpour in the region under the impact of the deep depression triggered landslide, disrupting communication lines and damaging houses in many villages of the region situated in the borderline of Odisha and Andhra Pradesh.

The hilly area witnessed a landslip resulting in blockage of the road that connected the hilltop villages to the rest of the state. As a result of landslide, many huge shooting stones has completely blocked any sort of vehicular movement to the hill top villages.

The continuous downpour has also resulted in water logging and has affected normal life and daily commute in the area forcing the villagers to stuck indoors for the last 4 days. 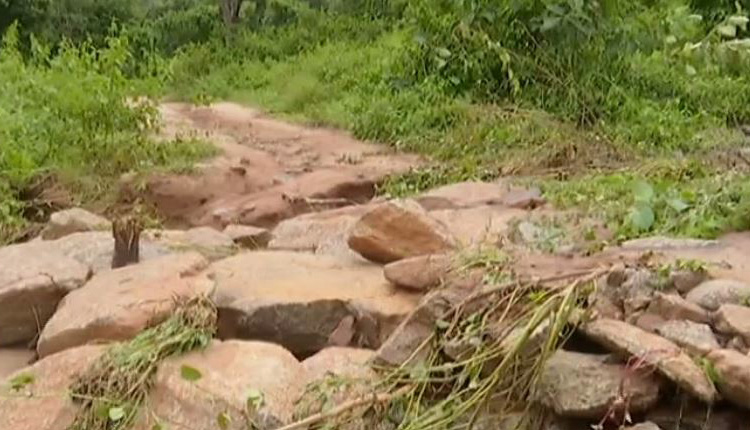 According to sources, more than 10 villages dwell on the hilltop and people in the village have to walk for over 12 kms to make their way out of the hill for everyday employment.

“Our block headquarters is Patrapur but we have no means to reach there as the incessant rain following the landslide has washed away the road. We are helpless,” said Raghu Bhoi, one of the villagers.

Another local of Buratal village while speaking to OTV said, “We have always been the victim of natural disasters somehow or other. The scar that Cyclone Titli gave us had not healed when another disaster hit our village. We have always been ignored by the government and we again request the authorities to extend assistance to us.”

Odia IITian Designs A Next- Gen Mask To Battle The Pandemic